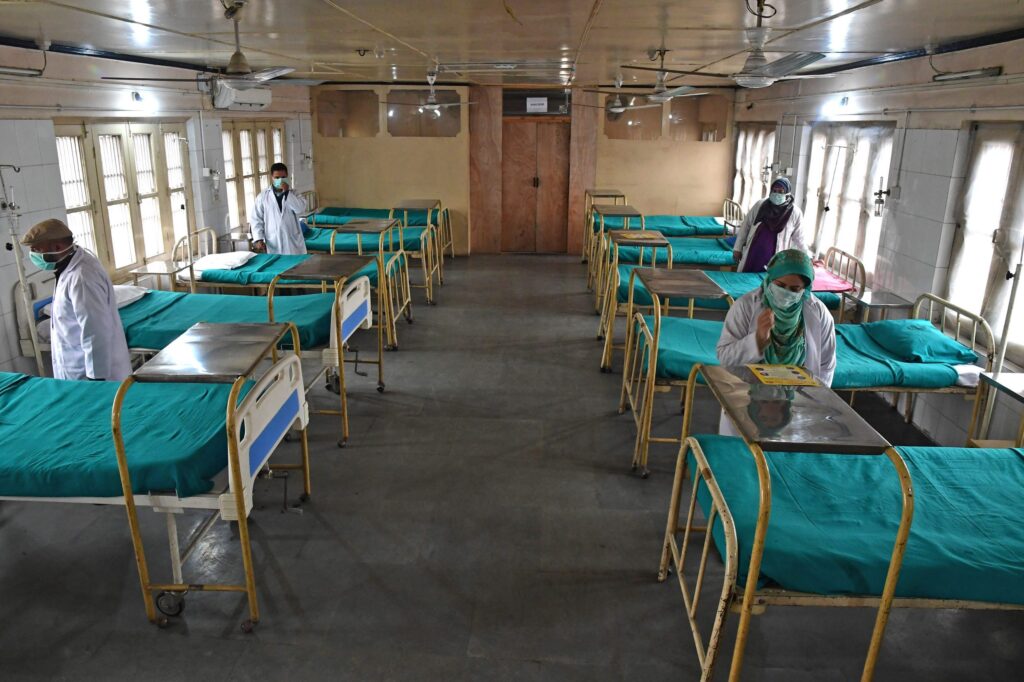 Srinagar, June 13: At least 24 CRPF personnel and three pregnant women were among 148 persons who tested positive for the novel coronavirus in Jammu and Kashmir on Saturday. The fresh cases take the covid-19 tally to 4878.

Dr. G H Yatoo, Nodal Officer Coronavirus Control Measures at SKIMS said that out of the 1984 samples processed at the viral diagnostic lab today, 66 returned positive for the virus.

Professor Farooq Jan, Medical Superintendent SKIMS Soura said among them 33 were from Anantnag, ten from Srinagar, six each from Kupwara, Baramulla, Shopian besides three Bandipora and two from Ganderbal.

Regarding Anantnag cases, he said, 24 of them pertain to CRPF—22 (aged between 24 to 58 years) from 94 Battalion CRPF Urnhall besides one each—26-year-old and 31-year-old men from 40 and 80 battalions respectively.

Those from Shopian include four residents (aged 18, 20, 55 and 70) from Therin Kandi, 23-year-old male from Sedow and 40-year-old man from Mantribugh.

One sample which tested positive was received from CMO Srinagar—8-year-old girl from Natipora, one from BMO Tangmarg—22-year-old male from Reram.

Sources said that 38 of the cases were confirmed at CD hospital lab and included three pregnant women.

Dr Riyaz Untoo, Principal SKIMS Bemina, told GNS that out of the samples processed, 14 tested positive—nine from Budgam and five from Shopian. (GNS)