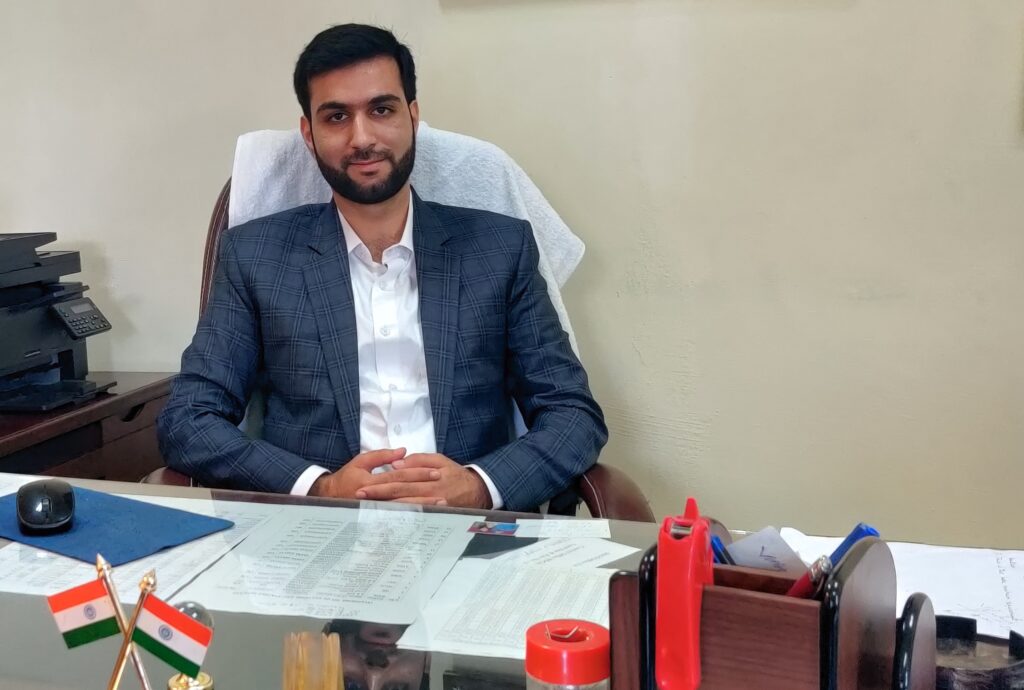 Srinagar: Saqib Yousuf, an Indian Railway Traffic Service (IRTS) officer hailing from Budgam district has assumed charge as Chief Area Manager, Srinagar. He is the first local to hold such post in the Railways.

After completing primary schooling in his native village of Nagam, Chadoora, Yousuf did his senior secondary from Nowgam. He secured admission in National Institute of Technology, Srinagar in Electronics and Communication stream after qualifying the AIEEE exam in 2010.

On successful completion of his engineering degree, Yousuf chose to prepare for the UPSC Civil Services exam despite having secured campus placement. He was fully supported by his family in this endeavour and was allotted IRTS after qualifying the coveted exam in his second attempt securing 472nd rank.

Yousuf then joined the Indian Railways Institute of Transportation Management, Lucknow for his training which lasted a total of 18 months. The training also included various related modules/courses at other related institutions such as National Academy of Indian Railways, Baroda, National Academy of Audit and Accounts, Shimla, Zonal Railway Training Institute, Udaipur and Centre for Railway Information Systems, New Delhi among others.

During the course of this training, Yousuf got an opportunity to travel over 75,000 kms across the length and breadth of the country from the Sunderbans in West Bengal to Kutch in Gujarat and from Srinagar in J&K to Kanyakumari in Kerala.

Yousuf believes the training for IRTS has made him realise the vast diversity of the country, the challenges faced by the country the potential that can be unlocked to face those challenges. He believes that the railways have a role to play not only in driving the economy but also in cutting across social and linguistic barriers to unify the nation.

This is the first posting for Yousuf and he intends to use his position to provide the best possible transportation services to the citizens.