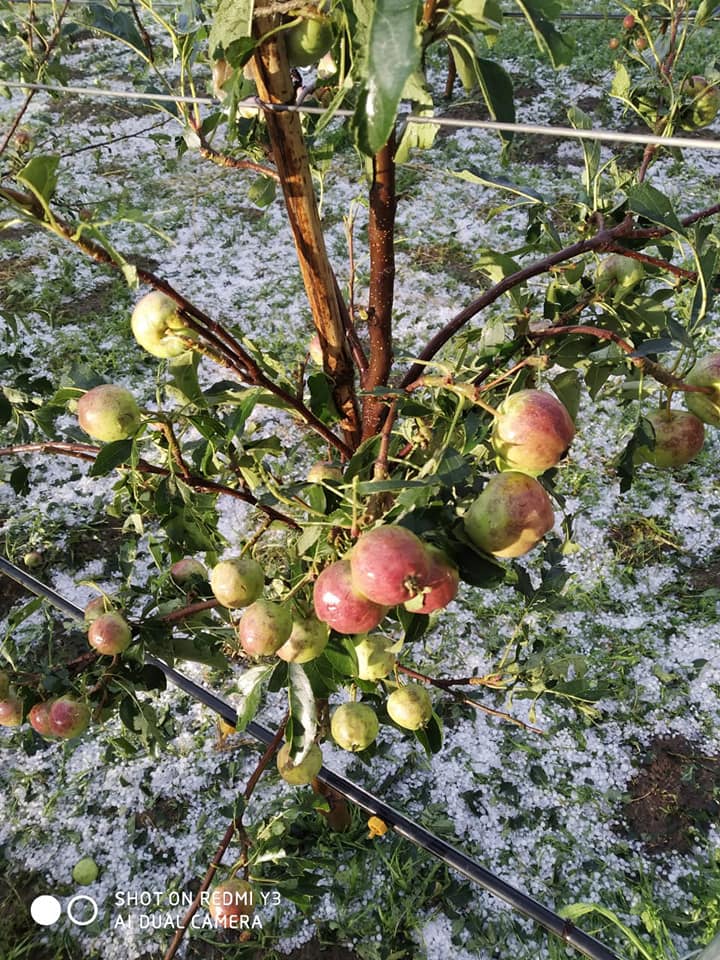 Anantnag: Unknown persons chopped off over three dozen trees in the middle of the night in Mehand area of Srigufwara in South Kashmir’s Anantnag district-sending shock waves among orchardists of the district.

Witnessed told that unidentified miscreants felled at least three dozen apple trees during the intervening night of June 2 and 3, completely vandalizing the orchard at Mehand village.

“This is a very big crime and worst than murder. I can’t see apple trees which I loved like anything lying axed,” said distraught Abdul Rahim Bhat said.

The incident has sent shock waves among people who demanded stern punishment to culprits. The apple orchards belongs to Abdul Rahim Bhat son of Ghulam Ahmad Bhat, Abdul Rahim Rathar son of Ab Samad and Abdul Rashid Rather son of Fatha Mohammad Rather all resdents of village Mehand, Srigufwara.

“We have registered a case under FIR No.38/2020 and investigation has been started to expose the culprits,” SHO Police Station Srigufwara said—(KNO)