Emergency landing airstrip to come up in Anantnag 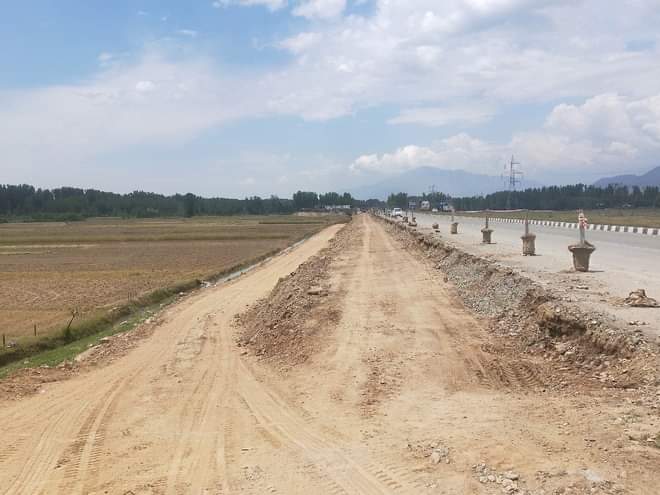 Srinagar: As the standoff continues between the Indian and Chinese armies along the Line of Actual Control (LAC) in Ladakh, the government is constructing an “emergency landing and runway strip” along the NH-44 in Anantnag district of south Kashmir, The Tribune reported.

Currently, the earth filling work is being done on the stretch. The work is being executed by a lesser-known construction company — Fetch Constructions — based in the Mirbazar area of Anantnag district.

“I do not know the operational details. For that, you will have to talk to the Air Force authorities. But yes, a landing-cum-runway strip is being constructed along the NH-44,” said Bhagat.

Defense spokesperson Rajesh Kalia said he was not aware of any such development.

“I will talk to the persons concerned and get back to you,” Kalia said. He, however, did not answer further phone calls.

Sources in the government, however, confirmed that the airstrip was being constructed in the area but refused to link it with the current standoff in Ladakh or skirmishes with Pakistan on the Line of Control.

“The decision was taken in June last year. This strip is among the 13 other such strips to be constructed across the country,” the sources said.

They said the other strips would be constructed in Rajasthan, Uttar Pradesh, Tamil Nadu, Andhra Pradesh, West Bengal, Odisha and Gujarat.

“The latter three will get one strip each and the former four states will get two strips each,” the sources said.They said the 3.5-km-long strip in south Kashmir would be completed at an estimated cost of around Rs 119 crore in around eight months.