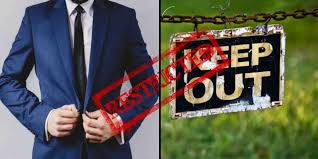 JAMMU: Government of India has asked all the States and Union Territories to delineate the districts as per the laid down criteria and implement the restrictions accordingly in the areas for effective containment of the virus.

This was stated by the Cabinet Secretary, Rajiv Gaubawho was holding a video conference interaction with the Chief Secretaries of all States and UTs.

While having detailed deliberations on preparations to be made for post May 3 scenario in the country, the Cabinet Secretary asked the States/UTs to follow the categorization of the Districts into Red, Orange and Green Zones based on total active cases, doubling rate, extent of testing and surveillance feedback. States/UTs could add Red/Orange category districts based on their assessment, the Cabinet Secretary said.

Cabinet Secretary asked for implementing the restrictions in these identified areas as per their status and follow the guidelines strictly being issued by Government of India time to time. While moving forward, we have to treat the Districts/Areas differently as per the local situation and need to do micro planning while dealing with the containment zones.

Cabinet Secretary reiterated that there should be no laxity while implementing the restrictions especially in the containment zones. The Districts which have luckily not reported any positive case so far need to remain extra alert and more cautious, because our relaxed approach can put us in difficult situation. He said that as there are active cases in both Red and Orange Zones, restrictions are to be strict and surveillance along with monitoring should be ensured effectively.

Regarding movement of students and migrant labour stranded in different states, the Cabinet Secretary asked the States/UTs to develop standard protocols for receiving and sending such people. He asked the Chief Secretaries to coordinate with their counterparts in other States so that action plan is worked out for the movement of people. Besides, he asked all to nominate Nodal Officers for the purpose.

While discussing the movement of people with the Chief Secretaries, it was decided that proper health screening of students/migrant labour will be done at the both ends before sending and at the time of reaching their native States. It was asked to plan the whole exercise in a systematic manner so as to avoid any threat of transmission of virus from one place to another.