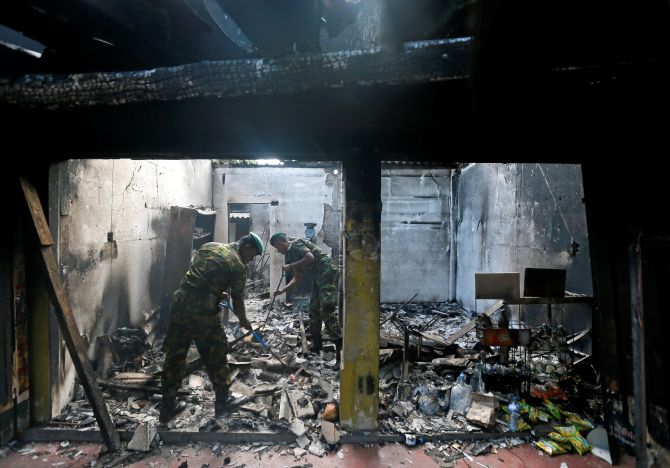 Srinagar: Six civilinas including four children were injured after an unexploded shell went off near encounter site at Lower Munda on Monday afternoon.

Out the the six one has been referred to SMHS hospital for special treatment while three others are being operated at the local hospital.

Official sources said that the blast occurred soon after government forces withdrew from the encounter site.

Senior Superintendent of Police (SSP) Kulgam, Gurinderpal Singh (IPS) told a news agency  that the area was sanitized of the explosives while announcement were made, urging people not to venture into the prohibited area.

“We have also erected banners there, asking people not to go near the spot. While we sanitized the area, there seems that some explosive had been left unnoticed which these persons fiddled with, leading to the blast,” he said, adding that five persons were injured and have been hospitalized.

Sources said that five of the injured were shifted to SDH Dooru and one seriously wounded, 15-year-old Obaid Beigh son of Bashir Ahmad Beigh of Lower Munda, to emergency hospital Qazigund.

Dr Rafiq Salathia, Medical Superintendent of Sub District Hospital Duroo said that three of the five injured were referred to GMC Anantnag as “they needed surgical intervention.” Two others have been admitted and given required treatment, he added.

Earlier three militants were killed in a gunfight between militants and government forces in morning. (GNS)