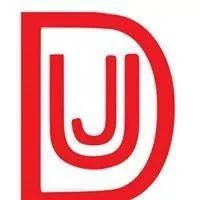 In a statement they said that the FIR filed against senior journalists and Kashmir’s only woman photojournalist Masarat Zahra – who has been booked under the draconian UAPA – which permits indefinite detention must be withdrawn.

Masrat has been accused of anti-national posts on Facebook and faces charges under the IPC.

Twenty six year old journalist has been freelancing for organisations like Getty Images, The Sun, The Washington Post, Al-Arabiya (UK) , Rising Kashmir and The Quint. She has shared many of her previously published photographs on Facebook.

Under UAPA an individual can be labelled a terrorist and jailed for up to seven years.

The Kashmir Press club has condemned the charges and demanded withdrawal of the FIR against Zahra.

The Network of Women in Media has said that the charges “amount to rank intimidation of a journalist, and one who has won acclaim for her work, which documents the lived experience of the people of Kashmir.”

“Her special sensitivity towards the plight of women living under conflict in one of the most highly militarised zones in the world has been featured in both national and international publications of repute,” they said.

In August 2018 journalist Aasif Sultan was also arrested under UAPA for an article on Burhan Wani and is still languishing in in jail, statement read.

The police has also filed an FIR and interrogated senior journalist Ashiq Peerzada of The Hindu for a story he recently published.

The Committee to Protect Journalists has called for an end to harassment of the duo – Zahra and Peerzada.