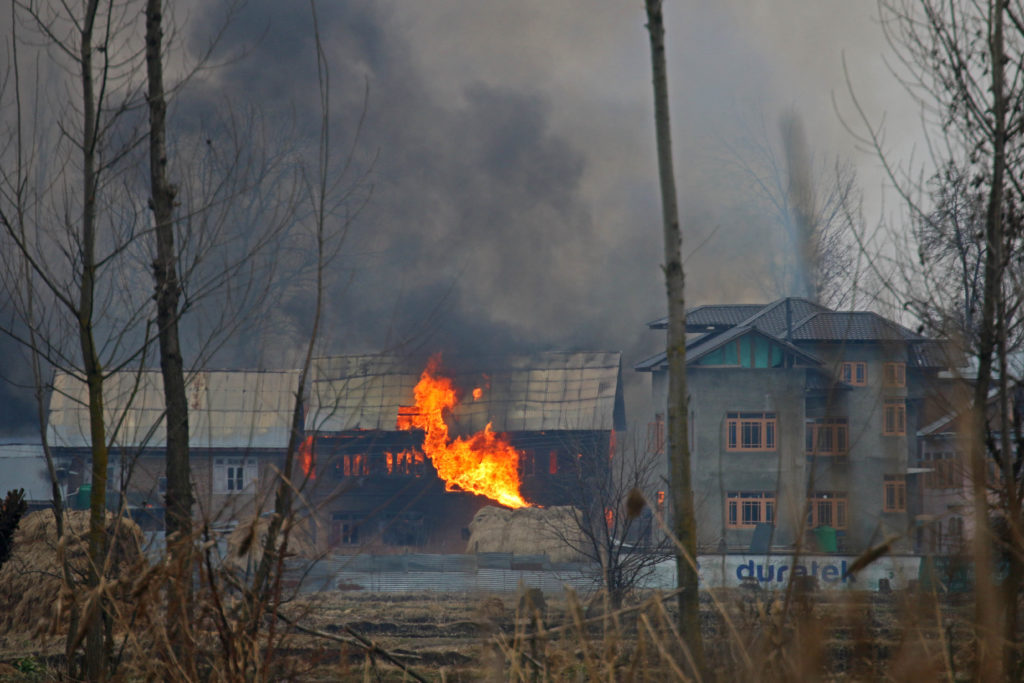 Srinagar: Two militant were killed in an encounter which broke out between militants and goverment forces in Dairoo, Keegam of South Kashmir’s Shopian district on Friday.

Two militants were killed in an encounter with security forces in south Kashmir district of Shopian on Friday.

Soon after, as a precautionary measure, internet services were suspended in the district to prevent spread of rumours.

A police official said that following specific information about presence of militants, a joint Cordon and Search Operation (CASO) was launched by Special Operations Group (SOG) of J&K police, Army and CRPF in Keegam area of Shopian in the wee hours.

When  forces were moving towards a particular area, militants hiding there, fired at them with weapons.

“The security forces retaliated, ensuing in an encounter,” official said, adding that “two militants were killed in the exchange of fire”.

Additional forces have been rushed to the area and another adjoining village has been cordoned off. The search operation was on when the reports last came in, the official said.

Both the militants are locals and were affiliated with Hizb-ul-mujahideēn, according to official sources.

They have been identfied as Ashiq (Ganowpora, Shopian) and Asif (Bongam, Shopian).