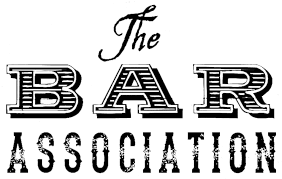 Srinagar, Apr 08: Jammu and Kashmir High Court Bar Association on Wednesday urged the High Powered Committee constituted by the Supreme Court to release all the prisoners and under trials lodged in and outside J&K prisons in view of the fast spreading pandemic Covid-19.

In a statement, the Bar said that the Executive members of the J&K High Court Bar Association Srinagar held its meeting today by way of teleconferencing, resolved to impress upon the high-powered committee, constituted on the directives of the Supreme Court, to order release of all the detenues and political prisoners lodged in and outside the State of J&K including the President, J&K High Court Bar Association, Srinagar, who is presently lodged in Jail No. 3 of Central Jail Tihar, New Delhi, in view of the rapid increase of the COVID-19 viral threat, which has resulted in global lockdown.

“Since the jails throughout India are mostly overcrowded, therefore, the Hon’ble Supreme Court noticing the potential threat to the lives of inmates, particularly those suffering from diabetes, hypertension and other life-threatening diseases, who have been found more susceptible to become victims of COVID-19,” reads the statement,

The Bar members noticed that their President,  Mian Abdul Qayoom, who is in his advanced age surviving on a single kidney, suffering from multiple chronic ailments which include diabetes, hypertension, severe nerve damage, 60 percent blockage in one of the arteries of heart, resulting in his frail immune system, is more prone to become victim of deadly virus with minimal chances of his survival.

“The Bar Association was also provided with inputs by the family members of detainees, lodged in jails  outside Kashmir, that due to current lockdown family members are not in a position to have meeting with detainees who have reportedly fallen short of summer clothing and permissible amount of money for daily utilities, therefore in order to mitigate the sufferings of inmates it is being impressed upon administration, till a decision with regard to their release is taken, to facilitate such meeting of family members of detainees immediately and forthwith,” the statement said.

The Bar members as per statement also resolved to make a fervent appeal to the authorities that all these detenues/under-trial political prisoners including  Mian Abdul Qayoom, who is suffering badly, be released immediately and forthwith.

It was also stated that as per jail manual the detainees could be classified as undertrial prisoners entitled to secure benefits of Supreme Court direction  per law the persons lodged under PSA are deemed to be undertrial prisoner, as they have been detained on mere apprehension, therefore, there should be no excuse for the authorities for not releasing them.

The members were unanimous in saying that in case any mishap in any jail on account of the COVID-19, same would be the sole responsibility of the concerned authorities.