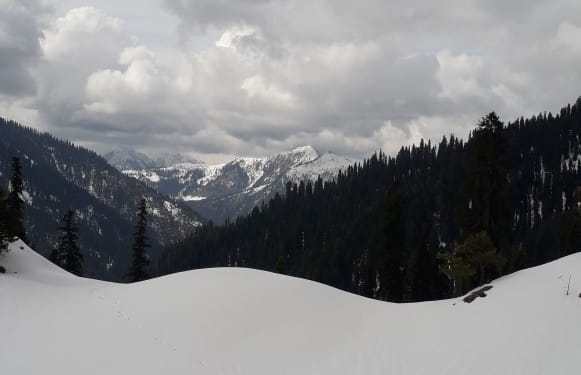 Srinagar: At least three families will have to wait for DNA test reports to take the bodies of their militant kin killed in one of the deadliest gun battles in woods along the Line of Control (LoC) in Kashmir Valley. Five militants and a number of army personnel including a JCO were killed in what army says was a ‘hand to hand’ battle which lasted five days in the forests of Kupwara district.

Sources told news agency GNS that bodies of the five militants were buried at Noun Gali, a faraway place from main town of Kupwara.

The burial of the five militants by a group of local people followed post mortem and collection of samples for DNA by a team doctors taken to the place by the police.

Besides medico formalities, a police officer said hat legal formalities were also concluded before the burial at Noun Gali- the upper reaches of Awoora.

At least three families from South Kashmir have already approached police, claiming that their kin were among five militants killed in the gunfight in the snowbound woods.

The families are said to have met officials including from police at Kupwara, demanding handing over of the bodies for performing the last rites.

Sources said that the families, who had received information through anonymous means that their kin have been killed in the gunfight, gave description of how their kin look and have provided photographs. The families have now returned back and have to wait for report of the DNA test.