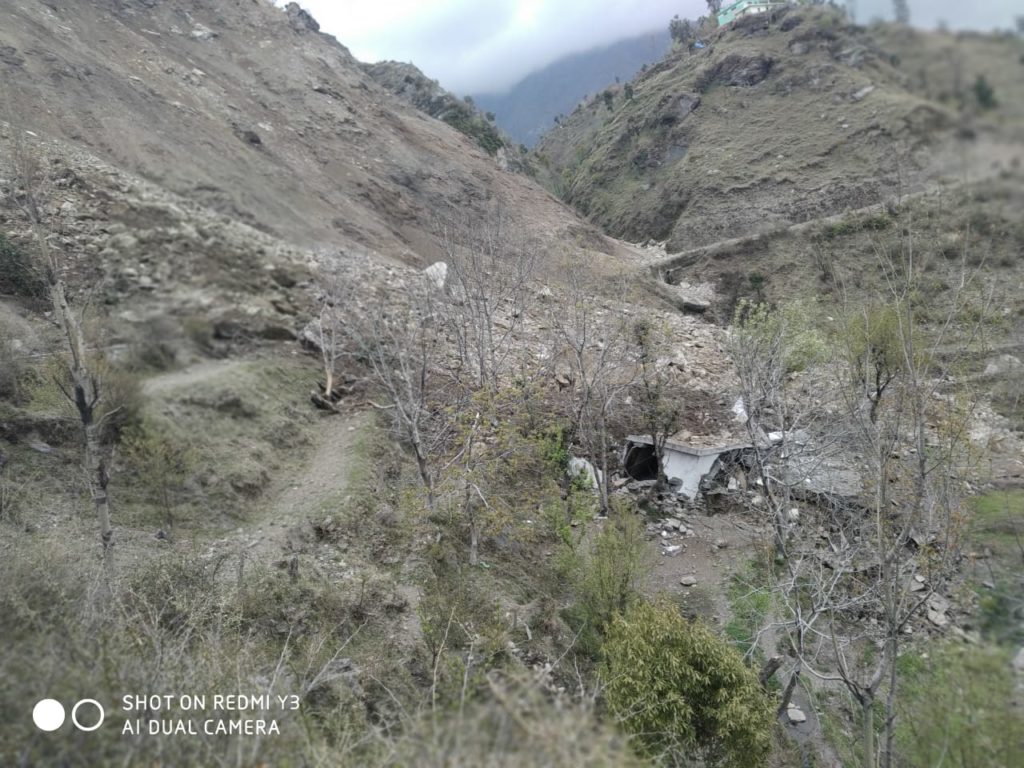 Poonch: At least seven families on Sunday were shifted to safer places after landslides hit the Kandi village of Koteranka in district Rajouri of Jammu and Kashmir.

Landslides triggered due to sinking of land amid incessant rains and melting of snow in the village on Sunday and damaged at least 11 houses.

The district administration acted quickly and teams of officials along with rescue teams from the police and paramilitary forces rushed to the area and moved all the families to safer places.

Meanwhile, the incident creating panic among the local residents in the area.

The affected families have demanded immediate rehabilitation and proper arrangement.

Incharge Tehsildar of Kotranka Sahil Naqvi said: “We have shifted seven families to safer places who were affected due to the landslide. The district administration is making all necessary arrangements for the affected families. (GNS)