Six killed into two separate gunfights in Shopian and Sopore 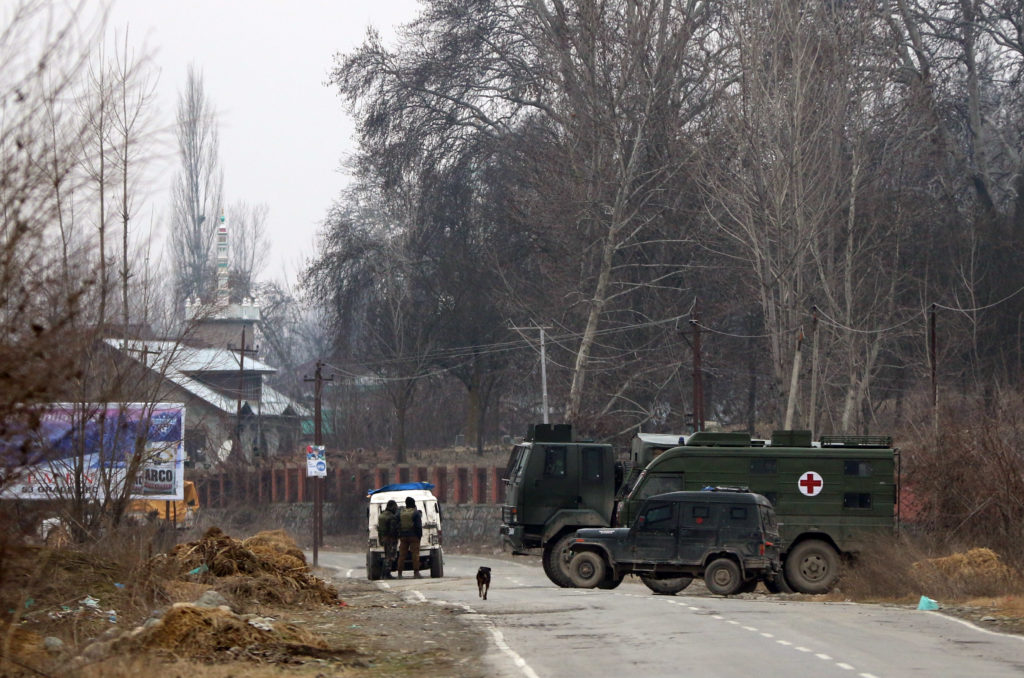 More than 50-hour long gunfight between militants and government forces ended in Shopian district of south Kashmir , claiming two militants, a soldier and a non-local labourer.

The encounter ensued on the intervening night of August 1 and 2 at Ittoo Mohalla Pandushan village and ended on Saturday afternoon with the killing of a militant Manzoor Ahmad Bhat of Wachi Zainapora.

Yesterday a militant identified as Zeenat-ul-Islam Naikoo of Memmander Shopian, a soldier Sepoy Rambir and the non-local Labourer Mohammad Mozim (25) son of Mohammad Akthar Mansore, a resident of village Chunni, Chhatapur of Supaul district in Bihar, were killed.  “Two weapons including one AK 47 and one SLR rifle were also recovered by the forces from the slain duo militants,” police said.

A police officer told GNS that investigations are underway to ascertain the circumstances under which Mozim was killed.

However, eyewitness said that the non-local’s body was lying in the area and was not retrieved by the government forces as they withdrew from the area. Later after about half an hour, police again arrived and retrieved the body.

Despite repeated attempts no senior officer could be contacted for comments as regards why the body of non-local was not retrieved along with the body of militant Manzoor Ahmad Bhat by the joint team of forces.

Interestingly, the police did not mention anything regarding the non-local labourer in the official press release issued here. Another non-local labourer identified as Mujeeb received minor injuries in his shoulder and he has been admitted to hospital. Meanwhile, Mozim was buried at Pandushan area and hundreds of people attended his funeral.

Also three round of funeral were held for slain Hizb militant Manzoor Ahmad in his native village Wachi.

Meanwhile, thousands of people participated in the funeral prayers of Zeenat-ul-Islam Naikoo at his native village at Memmander village. Zeenat was later buried amid pro-freedom slogans.

The encounter broke out on Thursday evening at Ittoo Mohalla Pandoshan village after a joint team of army’s 34 RR, SOG and CRPF launched a cordon and search operation.

According to eyewitness youth took to streets and pelted stones on forces near the encounter site. The police and paramilitary CRPF deployed in the area used tear smoke shells and pellets to disperse them. (GNS)

In another enocunter in North Kashmir, Two militants of Jaish-e-Mohammad (JeM) were killed and a soldier was injured in an encounter with government forces at Warpora area of Sopore

Reports said that a joint team of army’s 22 RR, SOG and CRPF launched a cordon at Malamapanpora, Warpora in Sopore.

A police spokesman in a statement said that the cordon was laid following credible inputs. “During the search operation, the hiding militants fired on the search party. The fire was retaliated leading to an encounter”.

In the ensuing encounter, two militants were killed and the bodies were retrieved along with arms and ammunition from the site of encounter, he said.

Sources said that a soldier also suffered injuries during the gunfight and was immediately taken to army’s 92 base hospital Srinagar for specialized treatment.

According to official sources, one among the slain militants is a local namely Umar Shahbaz Wani of Bandipora and another is believed to be a foreigner.

He said that a case under relevant sections of law has been registered and further investigations initiated in this regard.

Meanwhile, after conducting all legal necessary medico formalities, the body of the slain local militant was handed over to his family for last rites.