Those who looted public money won’t be spared: Ram Madhav 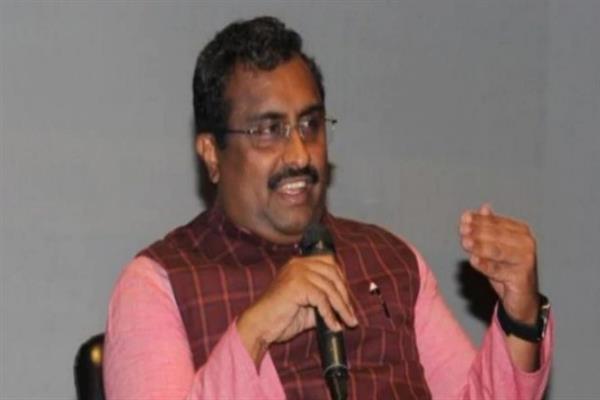 Addressing a delegation of Kashmiri Pandits at Balhama, here, he said, “How big leaders they may be, those who looted public money won’t be spared. The political parties here directly or indirectly support terrorism for their own interests. Politics is a big reason for terrorism in Kashmir.”

“Terrorists who roams with guns usually infiltrate from Pakistan. But they get money and support by political and non-political organisations here. Till you won’t take action against Hurriyat Conference, Jamait-e-Islami leaders and some individuals who support terror ideology, situation won’t improve in Kashmir,” Madhav alleged.

The BJP leader said the effort of Center was to get back Kashmiri Pandits to the Valley with dignity and peace. “They (KPs) should come back and live in their homes with safety and security. It is not only Pandits who have suffered due to the violence, but local Kashmiris too have suffered,” he added.

Earlier, Kashmiri Pandits Welfare Committee Balhama briefed Madhav about the requirements of the temple some of which included exterior and interior renovations and toilets for visiting devotees among other such facilities.