For over a decade doctors posted at DH Anantnag not transferred, leads to lobbyism, impacts healthcare

Anantnag: Even as the top health authorities have come up with the transfer list of doctors many a time during last one year, dozens of doctors posted at district hospital Anantnag for last fifteen to twenty years remain untouched.

The doctors overstaying in the hospital by a decade or more are all private practitioners with some of them running their own nursing homes in the town, informed sources told The Kashmir Press.

For instance, Dr Altaf Wani, a surgeon specialist is working in the hospital for last fifteen years.

Wani, according to sources, besides, running a private clinic outside the hospital is also practising at many nursing homes.

Another ENT specialist, Dr Nisar Mandi, according to details gathered by The Kashmir Press is enjoying posting in the hospital from nearly two decades and will be retiring from the same place of posting soon.

Madni is also a leading private practitioner of the district.

Another doctor with a specialization in gastroenterology,  Dr Mohammad Shafi Hakeem also has not been transferred from the facility for last decade. 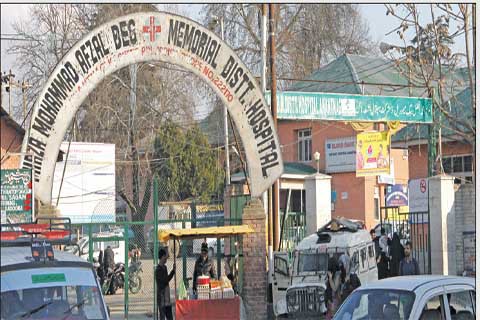 Dr Lateef Sidiqui,  a close relative of former chief minister Mehbooba Mufti, insiders say, is posted in the hospital for nearly two decades. He too is retiring very soon from his decades-long choicest place of posting.

Two other doctors,  Dr Shabir (Dermatologist) and Dr Murtaza (Orthopaedician), according to hospital sources are enjoying their choicest posting in the hospital for over a decade.

Similarly, two other doctors with specialization in Anesthesia, Dr Mohd Shafi Badr and Farooq Ahmad Mir overstaying in the hospital.

Dr Azad Malik, a surgeon specialist also remains posted in the hospital for more than a decade. Though Malik, according to hospital sources a few years ago was transferred to SDH Seer, he, however managed his posting back in the district hospital within few months using his influence.

Dr Fida Hussain, Sonologist, has never been touched since his posting in the hospital more than a decade ago.

Since most of these doctors operate private clinics or nursing homes in the vicinity of the hospital they bribe huge sums for their retention at the same place, sources said. “The overstaying of these medicos has also led to lobbyism in the hospital,” a source in the hospital told The Kashmir Press.

Many of these overstaying doctors have now managed their entry in the newly sanctioned medical college to ensure their stay in the town forever.

“These doctors have made their roots so strong in the hospital that they come to OPDs at their own will without having any regard for time,” the source said.

Incharge Medical superintendent of the hospital, Dr Abdul Majid Mirab who using his political connections also managed his posting as head of the hospital despite being ineligible for the same has miserably failed to make the doctors accountable as he himself is indulging in lobbyism.

(Principal GMC Anantnag could not be contacted. The story will be updated once The Kashmir Press gets a response from the principal.)