Lima: At least 19 people died and eight more were injured in a bus crash on a mountain road in Peru, police has said.

The crash happened in Canta province, around 100 kilometers (60 miles) from Lima at 8.30pm (0130 GMT) on Sunday night, as travellers were returning to the capital following a national holiday. 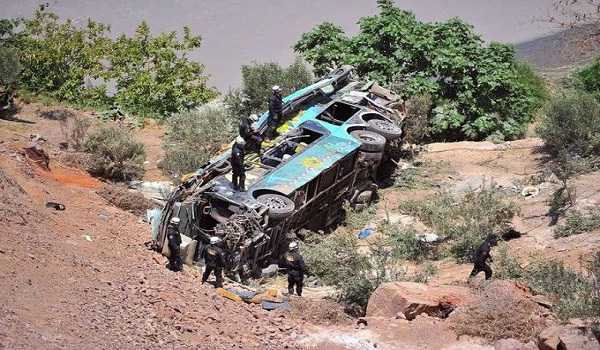 The reports said the fatalities were 11 women and eight men, police colonel Jorge Castillo told the Andina press agency. No foreigners were among the victims.

“The bus went off the road and crashed into the mountainside,” said Castillo, adding that the injured were taken to hospital.