17 people, including five crew members and 12 civilians, died after a Pakistan Army aviation aircraft on a routine training flight crashed into a residential area in Rawalpindi near the capital Islamabad.

“A small plane crashed into a residential area. So far we have retrieved 17 dead bodies, including 12 civilians and five crew members,” rescue spokesman Farooq Butt said, adding that a further 12 people had been injured. 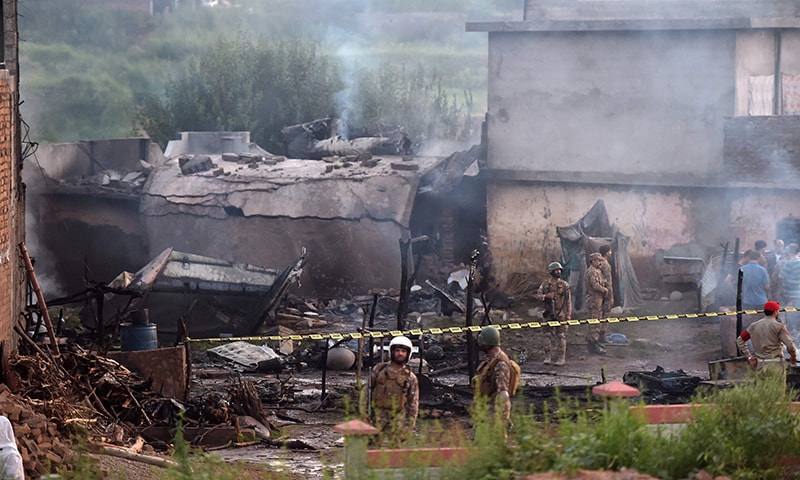 The plane belonged to the Pakistani military and crashed near an upscale neighborhood in the garrison city home to the army’s headquarters.

An AFP reporter at the scene said smoke was still rising from the wreckage and destroyed homes, while pieces of the plane were visible on a nearby roof.

Military officials had cordoned off the scene while a crowd of local residents stood nearby, with some sobbing.