Hurriyat (G) anguished over the induction of more troops in Kashmir 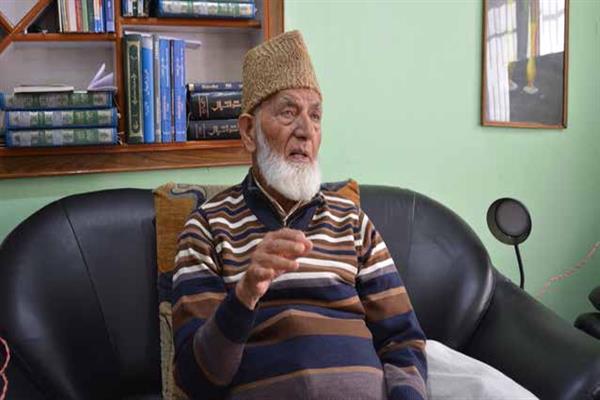 Srinagar: Anguished over the recent move by government of India to add more than 10,000 armed forces to the already “concentrated pool” of armed forces in Jammu and Kashmir, Hurriyat Conference (G) Monday said that “in response to the global concern about the gross human rights violations in the state, has hit them very hard diplomatically and out of frustration they create fear psychoses and a war like scenario.”

In a statement a spokesperson of the Hurriyat said, “This land is already designated as a highest militarized zone in the world and India keeps on adding their forces to this armoury, surprising everybody that their ‘Attot Ang’ needs more than a million army with latest weaponry to hold it to their domain.”