President of India Ram Nath Kovind, the Commander-in-chief of the Indian Armed Forces, lead the country on Friday in celebrating the valour of the fallen soldiers who lost their lives in the line of duty on the peaks of Kargil in 1999. Every year, July 26 is observed as Kargil Vijay Diwas to commemorate the success of Operation Vijay and the victory of the Indian Army against infiltrating Pakistani troops, while defending the country’s integrity. 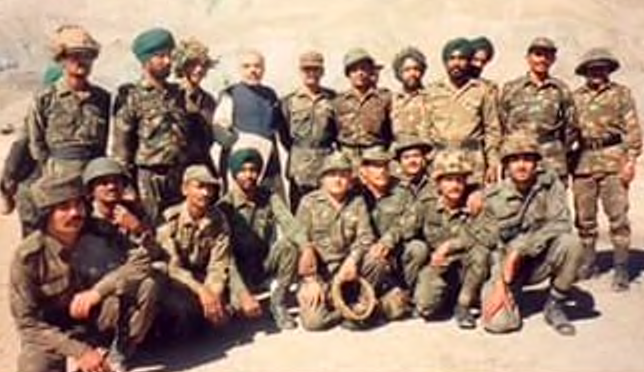 In a show of solidarity with the slain soldiers, Prime Minister Narendra Modi paid his tributes on Twitter with images of his Kargil visit during the war in 1999. ‘Kargil Vijay Diwas’ is celebrated with heavy enthusiasm and vigour by military personnel at Dras-Kargil sector and the national capital New Delhi at Amar Jawan Jyoti, India Gate.

Apart from celebrations, in warning to the country’s neighbours, Army chief General Bipin Rawat on Thursday said Pakistan would have to “take back bodies” if it dares to infiltrate again. Alerting Pakistan to not “attempt any misadventure”, Rawat said, “Infiltration has come down because of our troops sitting alert at the border. Pakistan knows that if it’ll infiltrate, all they will have to do is come back and take mortal remains.”