Mumbai: Members of an “IS-inspired” terror group arrested from Maharashtra in January for allegedly planning mass killing at a temple were inspired by speeches of controversial Islamic preacher Zakir Naik, according to an ATS charge sheet filed in a Mumbai court.

They had tried to poison the temple’s ‘maha prasad’ (holy food) at the temple, it said, adding that they also underwent training for making explosives and poison and participated in blast trials at a hill near the Mumbra bypass in Thane district.

The Maharashtra Anti-Terrorism Squad arrested 10 members of the Ummat-E-Mohammaddiya (SAW) group, allegedly having links with the terror group IS, from Mumbra and Aurangabad in January this year and foiled their plans of mass-casualty attacks using poisonous chemical mixtures at big gatherings. 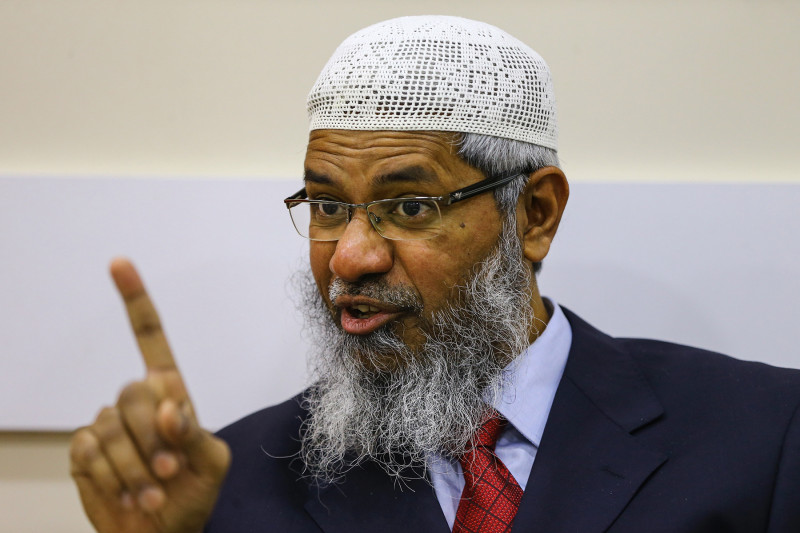 After a detailed investigation, the ATS earlier this month filed a charge sheet containing stunning revelations before a Mumbai court.

According to the charge sheet, “the accused were inspired by speeches of Naik”, against whom charges of money laundering have been filed by the Enforcement Directorate.

The ATS found several videos featuring Naik and his images on social media profiles of the accused, it said.

“The group had planned a mass killing of devotees at the 400-year-old Shree Mumbreshwar Temple at Mumbra by poisoning the ‘maha prasad’ there” a senior ATS official said, quoting the charge sheet.

A spiritual event, Shreemadh Bhagwat Katha, was organised in December last year at the temple, where thousands of devotees consumed the ‘prasad’, he said.

One of the arrested accused, Talha Potrik, had tried to poison the prasad, the charge sheet says.

“The group members had also obtained information through the internet and social media about making explosives and poison and conducted blast trials in hills near the Mumbra bypass,” the ATS official said.

The ATS identified Abu Hamza as the group leader, who conducted the blast trials, he said.

According to the charge sheet, some of the accused arrested also attended physical training sessions for terror activities at a stadium in Mumbra.

A few group members were also in contact with their foreign-based handlers, it added.