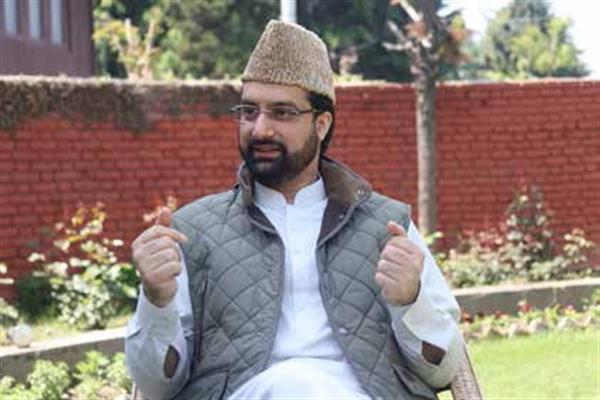 Srinagar: Hurriyat Conference (M) on Tuesday once again emphasized that Kashmir issue is a political and humanitarian concern, ‘lingering for the past seven decades and needs to be resolved keeping both these concerns in view urgently.’

On yesterday’s statement of mediation between India and Pakistan on Kashmir issue by US President Donald Trump, a spokesman of Hurriyat (M) in a statement said that people of Kashmir being the most affected party in the conflict have always strongly advocated resolution through dialogue at all levels and among India and Pakistan and every effort and push in that direction is welcome.

“India and Pakistan are two responsible nuclear power and they should get back to the table and a process can start where the concerns of all sides can be considered and addressed and steps initiated towards resolving the long pending dispute,” he said.

“It will put to end decades-long political uncertainty, perpetual strife and endless pain and miseries for the people of this ill-fated region and resources of both the countries can be put to use for the development of its people rather than to help the arms industry of others. In the past they will extend all-out support to such a process. We seek a peaceful resolution of the issue,” the spokesman said.

The Hurriyat (M) said that United States and all other nations can play a role in asking both the neighbors to talk and resolve the festering Kashmir conflict once for all.