Washington: Buoyed by US President Donald Trump’s offer of mediation on Kashmir, Pakistan Prime Minister Imran Khan on Tuesday said that the contentious issue between the two South Asian neighbours can never be resolved bilaterally.

Khan’s statement came hours after Trump offered to be the “mediator” between India and Pakistan on the Kashmir issue as the two leaders met at the White House where they discussed a host of issues, including the Afghan peace process.

The Indian government has denied Trump’s astonishing claim that Prime Minister Narendra Modi had asked him to mediate.

Khan, who is on a three-day official visit to the US, welcomed Trump’s offer of mediation.

“Bilaterally there will never be (a resolution of the Kashmir dispute),” Khan told Fox News. 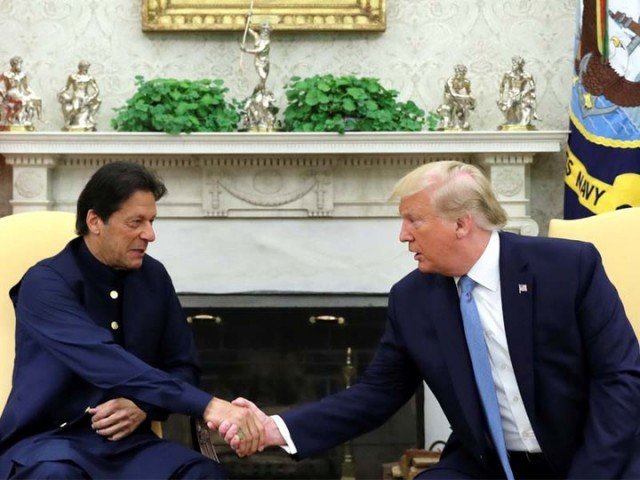 “There was one point when there was General (Pervez) Musharraf and Prime Minister (Atal Bihari) Vajpayee of India when we did get close to the resolution of the Kashmiri issue. But since then we are poles apart and I really feel that India should come on the table; US could play a big part. President Trump certainly can play a big part,” Khan said hours after he met Trump at his Oval Office for the first time at the White House.

“We are talking about 1.3 billion people on this earth. Imagine the dividends of peace if somehow that issue could be resolved,” Khan said when the Fox news anchor read out the Indian statement that it has been India’s consistent position that all outstanding issues with Pakistan are discussed only bilaterally.

“Any engagement with Pakistan would require an end to cross border terrorism. The Simla Agreement and the Lahore Declaration provide the basis to resolve all issues between India and Pakistan bilaterally,” India said on Monday, refuting that Prime Minister Narendra Modi ever asked for US mediation on Kashmir.

Khan welcomed Trump’s remarks, saying “President, I can tell you that, right now, you would have the prayers of over a billion people if you can mediate and resolve this issue”.

Responding to another question, Khan said Pakistan will give up its nuclear weapons if India did so.

“Yes, because nuclear war is not an option. Between Pakistan and India, the idea of nuclear war is actually self-destruction because we have two-and-a-half thousand-mile border.

“I think there’s a realisation in the subcontinent that and (if) there was some incident happened last February and we again had tensions at the border… So, there’s a realisation and that’s why I asked, president Trump that if he could play his role, the US as the most powerful country in the world, the only country that could mediate between Pakistan and India and resolve the only issue is Kashmir,” he said.

“The only reason for 70 years that we have not been able to live like civilised neighbours is because of Kashmir,” Khan said.

India has not been engaging with Pakistan since an attack on the Air Force base at Pathankot in January of 2016 by Pakistan-based terrorists, maintaining that talks and terror cannot go together.

Early this year, tensions flared up between India and Pakistan after a suicide bomber of Pakistan-based Jaish-e-Muhammed killed 40 CRPF personnel in Kashmir’s Pulwama district.

Amid mounting outrage, the Indian Air Force carried out a counter-terror operation, hitting the biggest JeM training camp in Balakot, deep inside Pakistan on February 26.