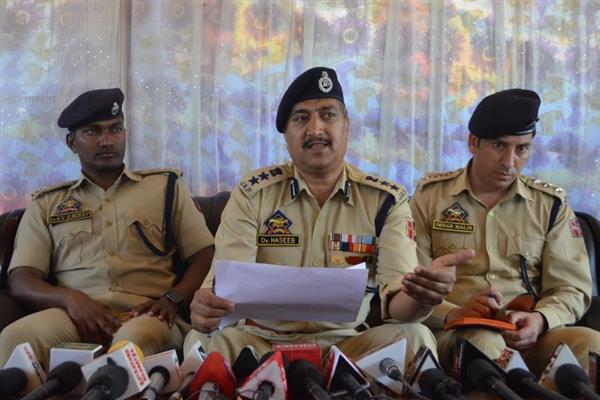 Srinagar: At least 34 lakh rupees were recovered by Srinagar police along with some foreign currency notes stolen by a thief, who worked as a middleman, from six government quarters here, the district police chief, Dr Haseeb Mughal said on Saturday.

He added that the complaints about the burglary incidents have been registered in four Police Stations including Shaheed Gunj, Shergadi, Parimpora and Saddar Police Stations, adding that Rs 19 lakhs jewelry has been recovered while as the thief had converted the gold worth Rs 15 lakh in his account, which has been freezed accordingly.

SSP further informed that a jeweler from Hari Singh Hugh Street was also arrested for buying the stolen ornaments, who he said has been released on bail issued by the court.

He appealed jewelers not to buy the gold without proper procedure, besides appealing people to remain vigilant while allowing anyone to enter in their homes.

Meanwhile, the complainants whose goods were stolen were also present during the presser. SSP informed that the goods will be released through the court after proper investigations.

Asked about the foreign currency angle, the police officer said that “there is not any angle to it.”