The Haj House in Lucknow, used by Muslims as a transit place on their way to pilgrimage in Mecca, is now saffron in colour.

The green-and-white exterior wall of the Haj House in the Uttar Pradesh capital has been painted saffron, with many Opposition parties and Muslims objecting to the move, and accusing the government of a deliberate provocation by raising religious sentiments, India Today reported. 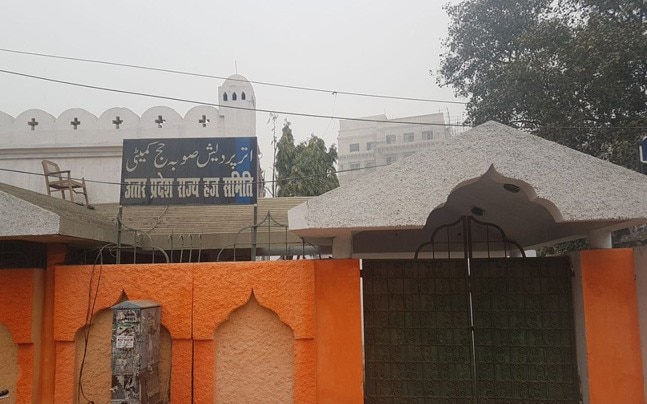 Since assuming power in March last year as state Chief Minister, Yogi Adityanath has pursued his “saffron” agenda, quite literally. He began by getting his office – the Lal Bahadur Shastri Bhawan – in the same city painted saffron.

The various booklets and posters issued by the Uttar Pradesh government’s public relations department and ministries these days have elements of saffron on its pages.

Even the towels on the chairs he sits for meetings or conferences is saffron. The 43-year-old BJP hardliner himself is always seen in saffron, and is referred to as Maharaj ji by his followers.

The painting of the Haj House into saffron comes two days after the Yogi government ordered the madrassas in his state to reduce the number of holidays on Muslim festivals, and remain closed on Hindu festivals too.