At least 23 people have been killed and 300 missing after an attack on Sunday on a village of Fulani herders in central Mali where communal violence has surged in recent months, a local mayor said.

Two other Fulani communities were targeted on Sunday evening amid a string of deadly assaults between herders and ethnic Dogon farmers who have long fought over land and resources but whose rivalry has been stoked this year by the growing presence of armed groups.

“During Sunday, and overnight, in the villages of Bidi, Sankoro and Saran, armed men attacked civilians, killing 23 of them,” Cheick Harouna Sankare, mayor of the neighbouring town of Ouenkoro, told AFP news agency. 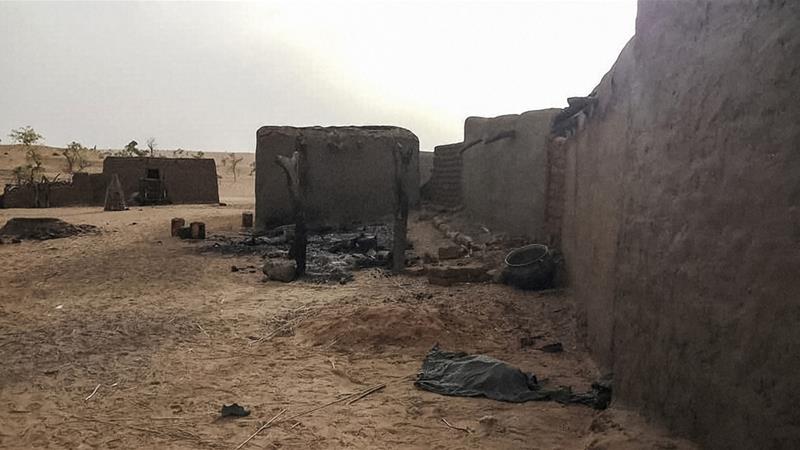 “The situation is serious, the army needs to act to reassure the population,” he said, adding that an emergency meeting had been called.

President Ibrahim Boubacar Keita’s government has vowed to disarm the militias but has struggled to do so.

Tit-for-tat violence between rival communities escalated this year. In March, suspected Dogon militiamen killed more than 150 Fulani in central Mali, one of the worst acts of bloodshed in the country’s recent history. Raids on Dogon villages in June killed over 40 people.

Instability is fuelled further by the presence of armed groups, who use northern and central Mali as launchpads to stage attacks across the Sahel.

Elsewhere in central Mali, 12 civilians including a baby were killed on Sunday when the vehicle they were travelling in hit a landmine.

Local mayor Issiaka Ganame said none of the passengers survived. It was not clear who laid the mine, but armed groups are known to deploy this kind of ordnance in the region.

Unrest in the central region coincides with an ongoing campaign the Mali government is struggling to contain despite military help from France and the United Nations.