New Delhi: All private and special category schools are mandated to admit in Class 1 or below at least 25 per cent students belonging to weaker sections and disadvantaged groups, Union HRD Minister Ramesh Pokhriyal ‘Nishank’ said in the Lok Sabha on Monday.

Pokhriyal said the Right of Children to Free and Compulsory Education Act came into effect from April 1, 2010 and the Act makes elementary education a fundamental right of all children in the age group of 6-14 years.

“Section 12 of the Act mandates all private aided, Special Category schools and private unaided schools to admit in Class 1 or below to the extent of at least 25 per cent of the strength of that class, children belonging to weaker sections and disadvantaged groups and provide free and compulsory education till its completion,” he said during Question Hour. 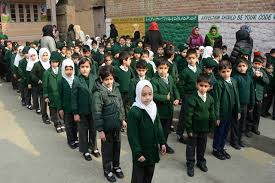 The minister said the RTE Act under section 12 (2) also makes provision of reimbursement of expenditure to schools providing free and compulsory elementary education as specified in Section 12(1)(c).

“The school shall be reimbursed expenditure so incurred by it to the extent of per-child expenditure incurred by the state, or the actual amount charged from the child; whichever is less, in such manner as may be prescribed.

“Provided that where such school is already under obligation to provide free education to a specified number of children on account of it having received any land, building, equipment or other facilities, either free of cost or at a concessional rate, such schools shall not be entitled for reimbursement to the extent of such obligation,” he said.

Pokhriyal said education is in the Concurrent List and majority of schools are under administrative control of states and union territories, therefore, it is for the State and UT administrations concerned to ensure proper implementation of the RTE Act, prescribe neighbourhood norms and mechanism for admissions in schools including per child costs eligible for reimbursement.