He is already in the custody of the National Accountability Bureau (NAB) in a multi-million dollar money laundering case along with his sister.

According to the NAB, the duo made transactions of Rs 150 million through alleged fake bank accounts.

The 63-year-old co-chairman of the Opposition Pakistan Peoples Party (PPP) and husband of the country’s first woman prime minister Benazir Bhutto was this time arrested in the Park Lane case which is related to the alleged properties in London.

Zardari became the co-chairman of PPP after the assassination of Bhutto in 2007.

His arrest came after he withdrew his interim bail applications filed with the Islamabad High Court against.

Zardari said that he withdrew the plea as the NAB would come up with more fake cases if he was granted bail. 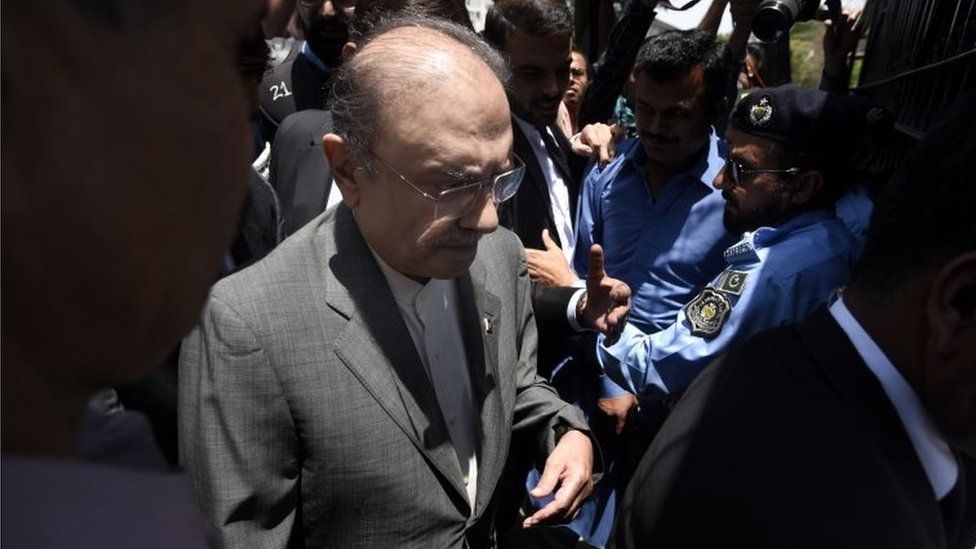 Last week, he appeared in Parliament for the first time after being arrested and called for an end to his arrest, saying it would not make a difference rather create fear among the people.

The NAB is expected to seek his remand in the Park Lane case.

Zardari and his sister Faryal Talpur were already facing charges of using fake accounts to park multi-million dollar money and sending it abroad. Both were arrested last month and both have denied the charges.

His political career has been overshadowed by the allegations of corruption due to which he has spent several years in custody although he was never convicted.

Zardari, the 11th President of Pakistan from 2008 to 2013, has denied any link with the fake accounts. He has said the allegation was part of a vilification campaign by the ruling Pakistan Tehreek-e-Insaf party to malign opposition leaders.