Osaka: US President Donald Trump held a meeting on Saturday with his Turkish counterpart, Recep Tayyip Erdogan, on the sidelines of the Group of 20 (G20) summit in the Japanese city of Osaka and voiced concerns about Ankara’s possible purchase of the Russian S-400 air defense systems, the White House said. 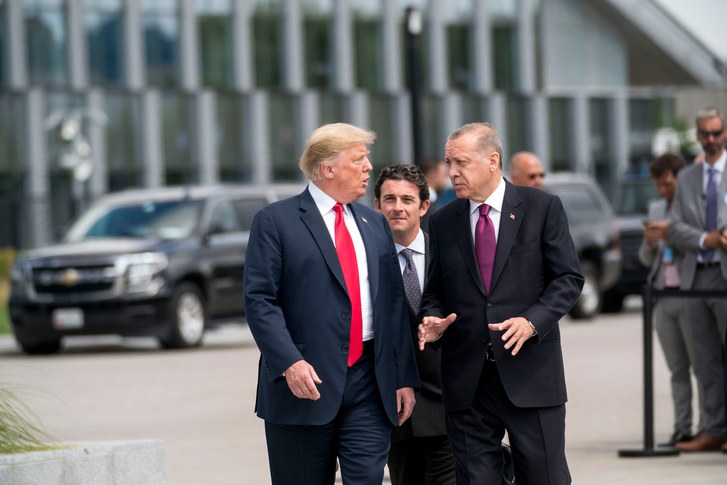 “The two leaders discussed a range of bilateral issues important to both countries, including the desire to improve bilateral trade and achieve shared objectives in Syria. The President expressed concern about Turkey’s potential purchase of the Russian S-400 missile defense system, and encouraged Turkey to work with the United States on defence cooperation in a way that strengthens the NATO Alliance,” the White House said in a statement.

Earlier, Erdogan said during his meeting with Russian President Vladimir Putin on the sidelines of the G20 summit, “We continue to observe the process of delivery of S-400 systems with regard to our agreement reached in Dushanbe. I would also like to note that joint missile building, including the transfer of technologies, is a priority for our cooperation. As far as I understand, there are no delays in the process of this delivery.”