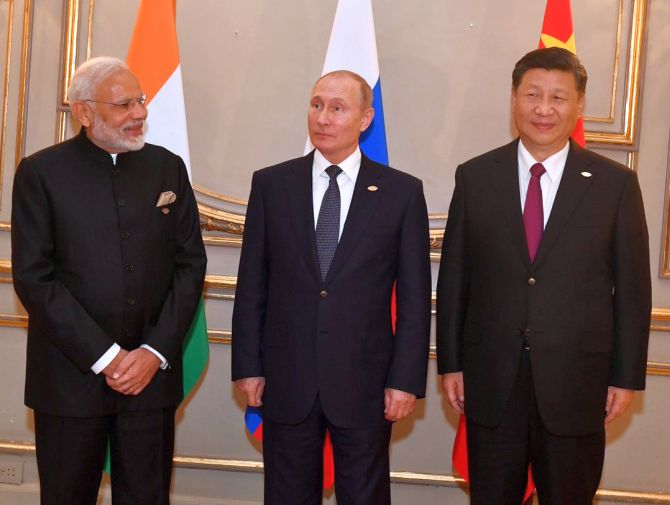 Osaka: Russia, China and India have similar positions on most of the global issues and are making joint effort to strengthen strategic stability, Russian President Vladimir Putin said on Friday.

“It is important that Russia, India and China have similar or even same positions on most of the issues on the global political and economic agenda. Our countries favor preserving the system of international relations based on the UN Charter and [international] legal norms,” Putin said at his meeting with Chinese President Xi Jinping and Indian Prime

Minister Narendra Modi, held on the sidelines of the G20 summit in Osaka.

Russia, China and India are committed to protect key principles of international relations, including respect to sovereignty and non-meddling in other states’ domestic affairs, the Russian leader stressed, said a Sputnik report.