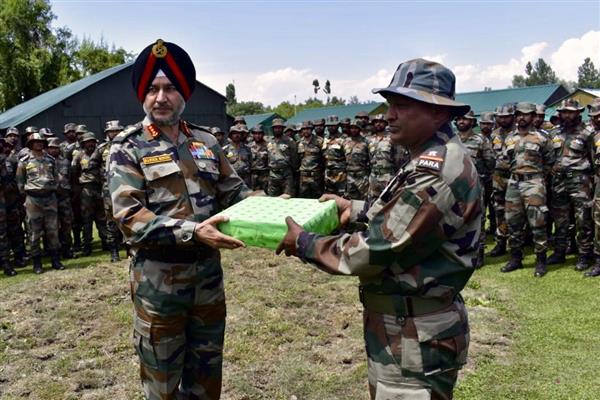 Later in the day, he visited units and formations in the hinterland in South Kashmir, where he was briefed by the commanders on ground about the recent counter terrorist operations.

The Army Commander complimented the troops for their exemplary service to maintain peace and tranquility in the Valley.

He also lauded the exceptional synergy amongst all the forces and appreciated the actions taken by the units and formations in ensuring safety and well being of the people of Kashmir.