Srinagar: Kashmir Editors Guild (KEG) has condemned a shocking raid on the residence of its senior member, Ghulam Jeelani Qadri, editor Afaaq, a daily newspaper, in which he was arrested Monday night. Qadri, 62, a known hypertensive, has spent more than 35 years in public life.

The police invoked a 1990 case registered against eight journalists and editors. Of the eight “accused’, two veterans are no more – Sofi Ghulam Mohammad of ‘Srinagar Times’ and Ghulam Mohammad Aarif of ‘Daily Hamdard’.

It is still not known why Qadri was singled out for allegedly defying the due process of law in a case he is not aware about.  Qadri said he does not know how and why he was declared a proclaimed offender. The case is curious because the same police station verified and attested the antecedents of the editor for issuance of the passport twice in last 30 years. 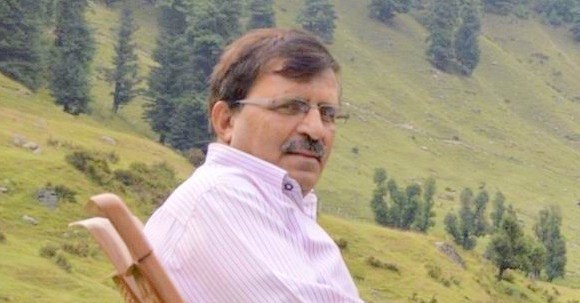 Finally, in the court of Chief Judicial Magistrate, the police failed to offer even an iota about what the case is all about.  After bailing out the editor, the court directed the police to explain how it investigated the case in last three decades before they finally swooped on the residence of Qadri and arrested him in the dead of the night.

KEG regrets the way a senior editor was declared proclaimed offender in books and finally arresting him during the dead of the night. Qadri, like every member of the media in Kashmir, is a law abiding citizen and could have personally appeared before the police station or the court had he been informed. He has been a newspaper editor for last more than two decades, has contributed to the institution of media and has been in public life for three decades. How can a person be a proclaimed offender if he is available in his office in the heart of Srinagar for more than 15 hours daily?

KEG regretted that the arrest of Qadri has led to the delay in the electoral process of the Aiwan-e-Sahafat because most of the journalists were busy shuttling between courtrooms and the police station for the whole day.

KEG acknowledges the judicial intervention that led to Qadri’s release. Chief Judicial Magistrate (CJM) Srinagar actually showed the judiciary’s concern in the case insisting that the liberty of the media is not barred or trampled upon.