When it comes to Pulwama district hospital, govt transfer policy is torn to shreds

Scores of doctors, Para-medics posted in hospital not transferred from the healthcare facility for last ten to fifteen years 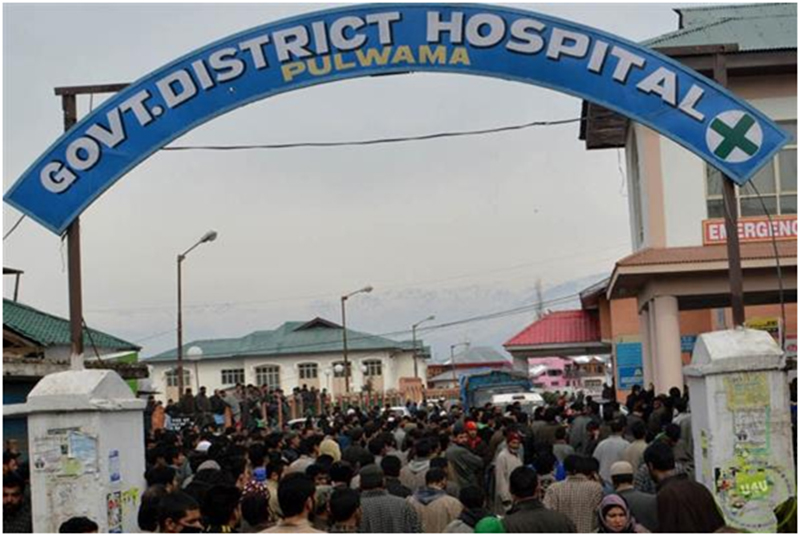 PULWAMA: The transfer policy of the Jammu and Kashmir government seems not to be applicable to the influential and well-connected doctors and Para-medics at district hospital Pulwama.

Scores of doctors and Para-medics posted in the hospital, according to hospital sources, have not been transferred from the healthcare facility for last ten to fifteen years.

These doctors including surgeons, physicians, dermatologists, orthopaedicians and ENT specialists, according to sources, are running private clinics in the area and have managed to retain themselves in the hospital for over a decade or more.

As per the norms, a government employee can not stay at a certain place of posting for more than two or three years. However, out of 50 to 60 doctors working at DH Pulwama, the most overcrowded hospital of the district, scores of well-connected doctors are overstaying.

Two other doctors, Dr Mushtaq Ahmad Mir and Dr Tasleema too remain posted in the hospital for last nine years.

Interestingly,  the incharge medical superintendent of the hospital , Dr Abdul Rashid Parra too is overstaying in the hospital by six years.

Parra,  a close relative of PDP leader Wahid Parra was posted in the hospital in 2011 and was assigned the charge of medical superintendent in 2017.

Like Parra, all other overstaying doctors in the hospital use their political and bureaucratic connections to retain themselves at the facility whenever the authorities come up with the general transfer list of doctors.

“Most of these doctors don’t want their private practice to be affected and that is why they refuse to leave their choicest posting,” a source in the hospital told The Kashmir Press.

“To legalize their long stay in the hospital what these doctors do is that, they get themselves transferred to another place for a few months and then get either an attachment or a transfer order back to the district hospital,” a source said. “They do it in connivance of some higher-ups in the department,” the source said.

The overstaying of doctors, he said, has led to strong lobbyism among the doctors thus affecting the healthcare at the facility.

Locals have appealed the governor administration to shift the overstaying doctors from the hospital so that the healthcare in the facility does not become a casualty.

Meanwhile, Dr Kunzes Dolma, Director Health Services Kashmir did not respond to the questions of The Kashmir Press and said that she was in a meeting.