United Nations: Unabating violence, destruction and a downward sprial in overall conditions for the desperate people trapped in north-western Syria’s Idlib were in the spotlight as the United Nations Emergency Relief Coordinator told the Security Council on Tuesday that “we are faced with a humanitarian disaster unfolding before our eyes”. 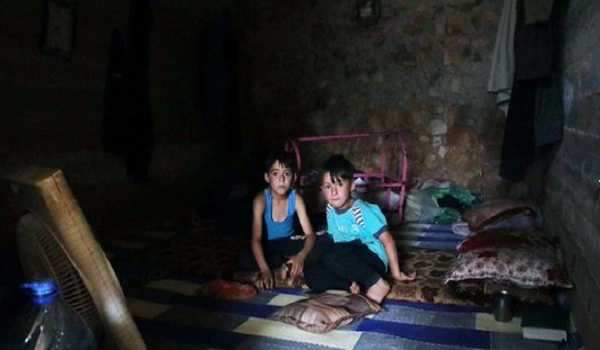 “Over the last six weeks, the conduct of hostilities has resulted in more than 230 civilian deaths, including 69 women and 81 children” he detailed in a briefing to the Council. “Hundreds more have been injured” and since 1 May, “an estimated 330,000 people have been forced to flee their homes” – almost double the number since his last briefing.

Moreover, many have moved multiple times since the start of the conflict, particularly in the Idlib area, constantly searching for safety. Displacement camps are overcrowded, with many people forced to stay in the open and those who remain close to the fighting live in constant fear of the next attack.

“Many are crowding into basements, seeking refuge from air strikes, volleys of shells and mortar rounds, which continue to threaten what is left of their homes”, explained the Relief Coordinator. “Hospitals, schools and markets have been hit. Power stations have been affected. Crops have been burned. Children are out of school”.

“Attacks on civilians and civilian infrastructure need to stop immediately”, he asserted.