Srinagar: An employee of the tourism department and a participant of championship named after brave heart, Rouf Ahmad Dar were killed and eight others were injured after a boat capsized in a river Lidder at Pahalgam in south Kashmir’s Anantnag district on Tuesday evening.

Reports said that the boat carrying the employee namely Rinku Raja and the female participant namely Sanjna from Jammu along with eight others, capsized in fast-flowing Lidder near Pahalgam. 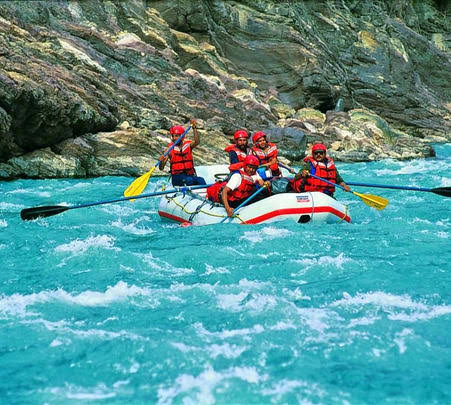 Soon after the incident, a joint team of SDRF, police and local volunteers managed to rescue all of them and have been shifted to a nearby hospital where doctors declared Rinku and Sanjna as brought dead.

BMO Sallar Dr Shakeel Ahmad confirmed to GNS that both the persons were brought dead while eight others are injured. While five have been admitted one seriously injured person was referred to Srinagar hospital for specialized treatment.

Commissioner Secretary Tourism, Rigzin Samphel said that boat capsized in river Lidder and injured were shifted to hospital. He said that a three-day championship in honour of brave heart Rouf Ahmad Dar has been organized by the department and it started yesterday. (GNS)