Srinagar: Jammu and Kashmir Srinagar Police on Saturday said that it busted a gang of thieves and apprehended five of them, who were involved in a series of burglaries and attempts to burglary within Srinagar.

Addressing a press conference SSP Srinagar Dr Haseeb Mughal said that the modus-operandi of the gang was to racee the big godowns/warehouses and shops in the district and strike in the dead of the night and decamp with valuables especially cigarettes.

“The gang would take the help of special implements like bolt-cutters, etc to break open the locks and get access to the godowns without creating much noise. The gang was technically updated and used to take CCTVs and electronic surveillance equipment alongwith them and dispose it off so as to destroy any sort of video footage/evidence.” 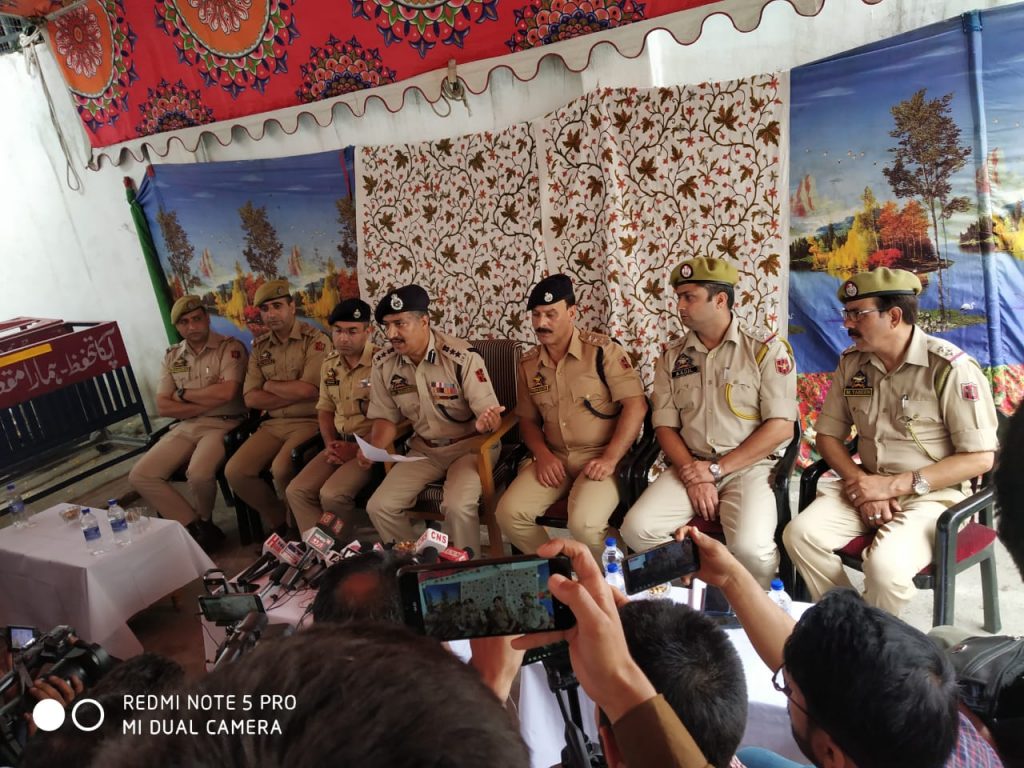 The police started seriously working on the leads after a godown at Baghinand Singh was burgled and goods (Cigarettes) worth lakhs of rupees were looted, he said.

“In this connection case FIR No. 76/2019 U/S 457,380 RPC was registered in Police Station Safakadal and investigation taken up.”

Working on the leads after strenuous efforts and utilizing both technical and scientific aids, the team zeroed in on few suspects, he said. 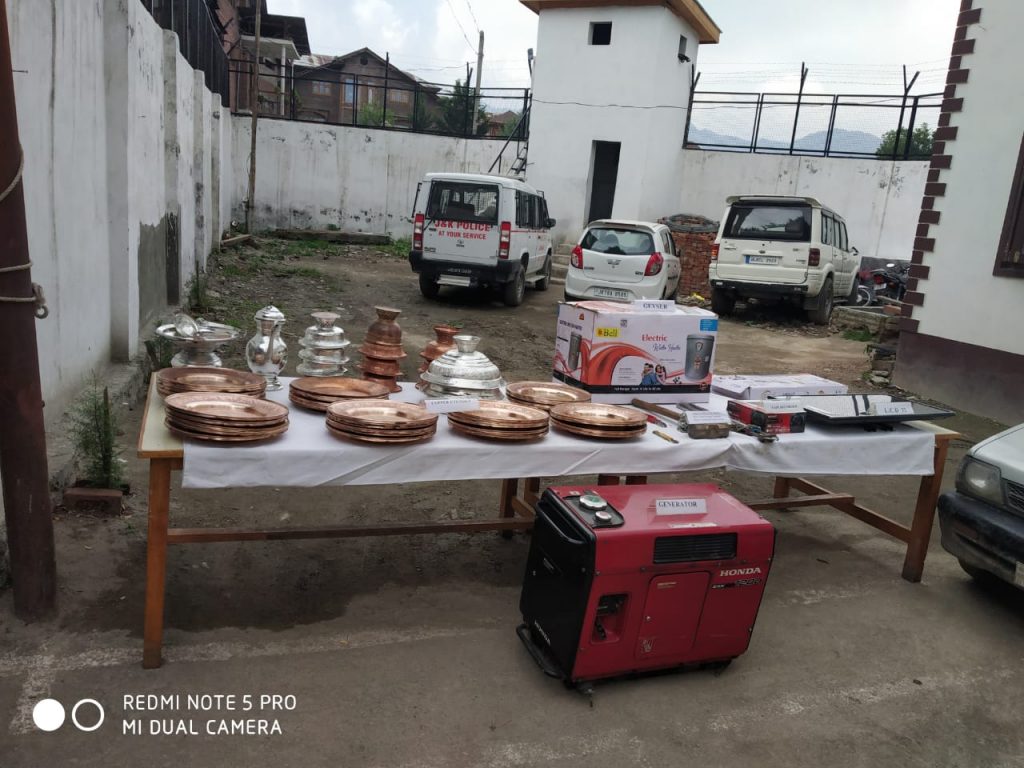 “Special team succeded in identifying the suspects and their arrest was effected in one go, so that chances of escape and destruction of stolen property is avoided.

Stolen property worth several lakhs has been recovered on the disclosure of the arrested accused so far and vehicles used in the commission of crimes have also been seized. The arrested accused have disclosed their involvement in various other thefts and burglaries within the district. 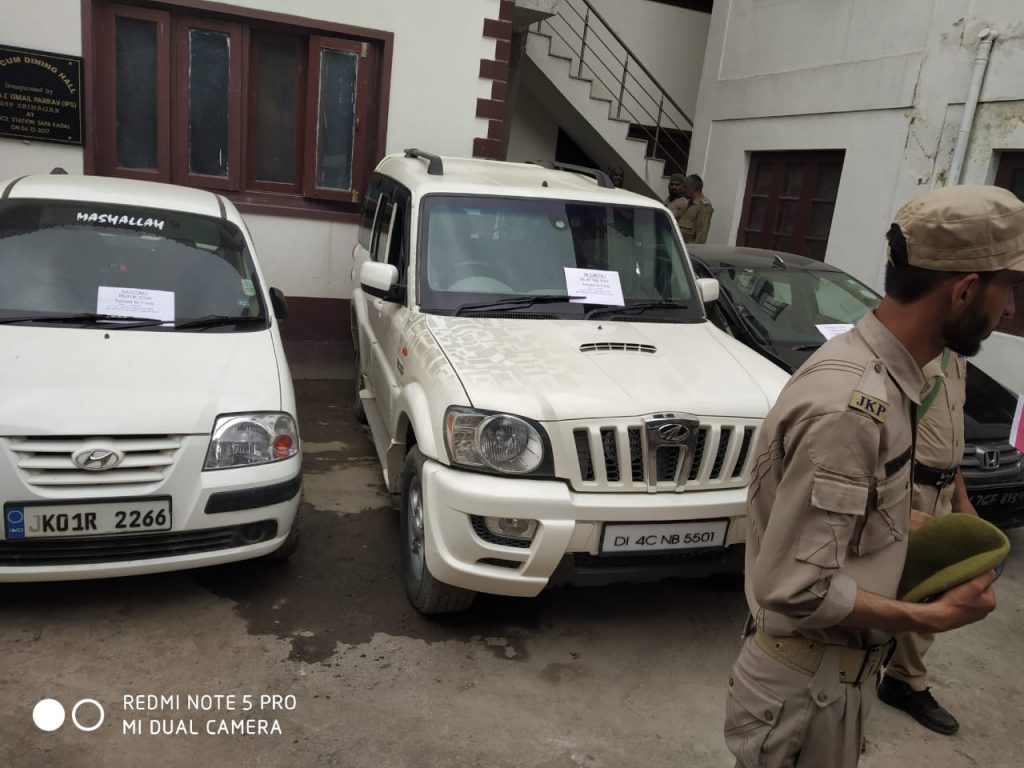 The investigation of the case is going on and more arrests and recoveries are expected, he said.