Will not allow BJP, RSS, their proxies succeed in nefarious plans to abrogate article 370: NC 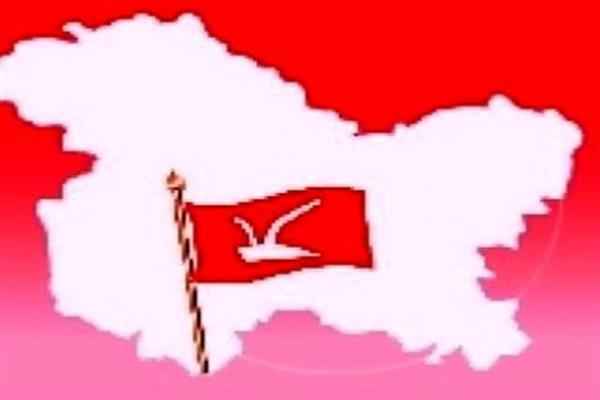 Srinagar: Jammu and Kashmir National Conference on Tuesday said the party will not allow BJP, RSS and their proxies succeed in nefarious plans to abrogate the special status of the state, saying any stride on the state’s identity is analogous with playing fire.

Sagar said that BJP, RSS should stop parroting the impish demand of abrogating the special status of the state. “Such reckless rants will inadvertently brew anger in the state. The need of the hour is to bridge the gaps of mistrust between the center and the state, unfortunately nothing significant is being done towards removing the cobwebs of mistrust between the center and the state. As far as our party is concerned, we would not be deterred in our mission in protecting the state’s special status by the continuous ranting of the BJP and RSS. The people of the state have already defeated the machinations of the BJP, RSS and their servile henchmen in the state. People have explicitly and considerately reposed their faith in our party to carry forward the mission of protecting the identity of the state. We in our party will continue to strive for safe guarding the special position of our state. However our prime agenda is to strive for the restoration of autonomy to the state,” he said.

Meanwhile party functionaries led by party general secretary Haji Ali Muhammad Sagar offered fatheha at the grave yard of party veteran Khwaja Ghulam Mohi Ud Din Shah at the shrine of Syed Muhammad Mantaqi (RA) at Chatabal Srinagar. Addressing the functionaries on the occasion party general secretary said that the role played by the late Shah sb towards the protection of the special status of the state was immense.

“His painstaking endeavour in the formulation of State Autonomy committee report will be remembered for all the times to come. As a Young Turk of the party he withstood trials and tribulations; he never compromised on the political ideals of Sher e Kashmir Sheikh Muhammad Abdullah. He withstood all political shenanigans and always worked tirelessly for strengthening the party. He faced persecution and confinement for idealizing and following Sheikh Sahib during latter’s struggle for securing the rights of the people of the state,” adding that the need of the hour called for imbuing ourselves with the courage and steadfastness that the late leader’s personality epitomized.

Party’s senior leaders while paying tributes to the late leaders highlighted his service and sacrifice for the protection of the special status of the state, his political acumen and faithfulness towards the party in the most trying times.

Party’s provincial president Nasir Aslam Wani while addressing the gathering said the need of the hour requires us to remain vigilant and not allow RSS, BJP and their Trojan horses in the state divide us.