As half of the year passes, poor govt school students await free uniforms 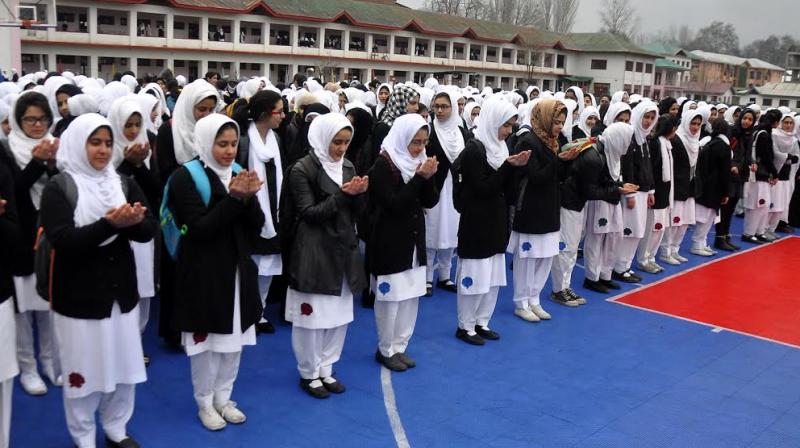 Srinagar: Few years ago authorities under a central sponsored scheme  started providing free uniform to the poor students enrolled in government run schools. The move was aimed not only to come to financial help of the poor parents of these students but also to increase the roll in government schools. Though the uniform for several years was distributed smoothly and well on time.
However this year the poor students continue to await the uniform even as half of the academic session session has passed.
The state project director (SPD) , Samagra Shiksha, a central sponsored school education scheme, had allotted contract of the uniform to the JK handlooms. The agency while signing the contract with the education authorities had assured to provide uniform only within the first month of academic session.
But nearly four months have elapsed students are yet to recieve the uniform.
The long delay in providing uniforms to the students has left both the parents and teachers fuming.
“This is irony that half of the academic session has ended and our students await uniforms. Most of the students studying in our school belong to financially week Gujjar community who come to school in torn clothes,” said a teacher working at a government school in Anantnag district.
The officials maintain that the uniform is ready and the distribution process will begin from Srinagar district.
Many teachers, however, The Kashmir Press spoke to said that they have already made the students to buy the uniform on their own.
“How long we could have waited. Half the year has ended and we are still waiting for the authorities to deliver uniform. We had many a time approached the concerned zonal level officers with regard to the issue. After they failed to give any satisfactory answers we chose the uniform and asked the students to buy the same on their own. It was all at the cost of the pockets of their poor parents but we had no other option,” said a group of teachers posted in various government schools.
An official of the education education department held the education authorities directly responsible for the mess.
“Earlier the department would transfer the funds directly into accounts of school heads who would later buy the uniforms for the students as per their choice and well in time. This year authorities created the mess by allotting the uniform contract to JK handlooms which caused long delay in providing uniforms,” the official said.
Arun Manhas, state project director,  Samagra Shiksha, a Delhi sponsored education program, supposed to distribute uniforms admitted delay in providing free uniform to students but added that they have started distributing the same from Srinagar.
“We have started distributing uniforms from Srinagar district. And in coming days we will be distributing the uniforms in other districts as well. I think by the end of the this month will provide uniforms to almost all the students of the valley. But yes there was unexpected delay in delivery of uniforms by the JK handlooms,” director said.