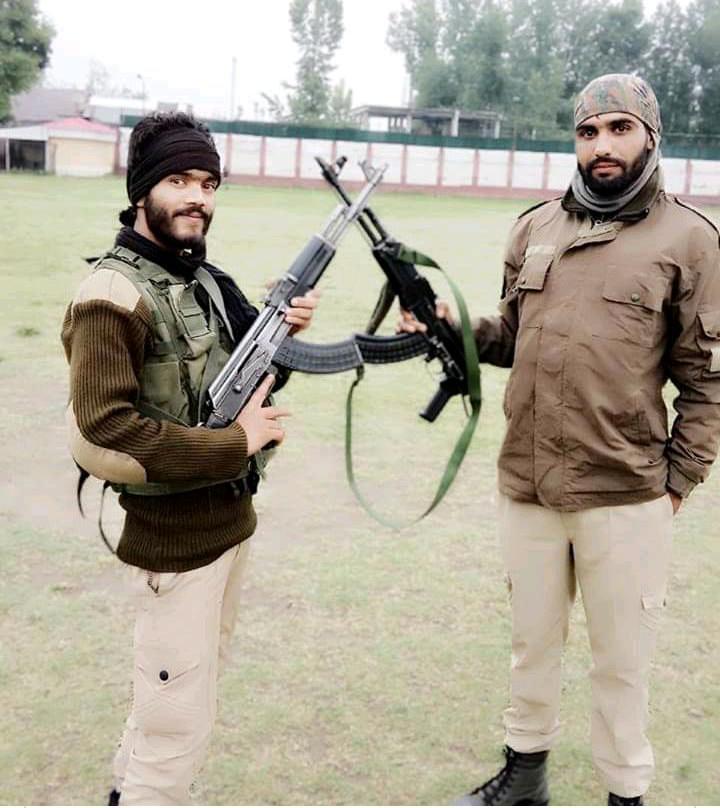 Srinagar: Four Jaish-e-Mohammad militants including two SOG personnel, who deserted police along with their service rifle from District Police Lines (DPL) few days back, were killed in an overnight fierce gunfight at Panjran area of Lassipora Litter in south Kashmir’s Pulwama district.

A joint team of 44 RR, SOG and CRPF laid a siege at Panjran area of Lassipora on Thursday late afternoon.

As the joint team intensified the searches, the hiding militants opened fire, triggering off a gunfight which continued intermittently throughout the night and ended on Friday.

The joint team on wee hours of Friday blasted the house where the militants were holed up and razed it to the ground, they said. According to locals two houses— both 3-storeyed houses belonging to two brothers Mohammad Yasin and Ghulam Mohammad Ganai were damaged completely and had an estimated loss of about Rs 1.5 cores.

While confirming the gunfight, a senior police officer said that the operation was launched following credible inputs about the presence of some militants. “Today morning, the joint team of forces while searching the area retrieved four bodies along with arms and ammunition and other incriminating material”.

Among the slain, two were listed militants while as two others namely Mohammad Salman Khan of Uthmulla Shopian and Shabir Ahmad Dar of Tujan Pulwama were SPOs who had recently deserted and become members of the militant group Jaish-e-Mohammad, a police spokesman said in a statement.

“According to the police records, Ashiq Hussain had a history of militant-related crimes and was part of a group involved in planning and executing a series of militant attacks in the area,” the spokesman said.

Similarly, Imran Bhat was also involved in several militant attacks on security establishments in the area, he said. Many crime cases have been registered against the duo, the spokesman said.

Meanwhile, after conducting all legal medico formalities, the bodies of the slain were handed over to their respective families for last rites. Reports and eyewitnesses said that thousands of people attended the funeral prayers of all the slain at their respective native places.

At Tujan, a group of militants appeared and fired aerial gunshots as a mark of gun salute to their fallen associate Shabir Ahmad Dar.

Later, all the four slain were laid to rest amid pro-freedom slogans and a spontaneous shutdown in their native villages and other adjoining areas including main town Pulwama. The stone pelting clashes also erupted near the encounter site and other places adjacent to it including main town Pulwama. The forces deployed in the area used tear smoke shells and pellets to disperse them.

In wake of the encounter, the mobile internet services remained suspended since Thursday evening in the southern district.