Sudanese protesters say at least 35 have been killed after military stormed the main protest camp in the capital, Khartoum, in the worst violence since the overthrow of President Omar al-Bashir, drawing global condemnation.

“We are holding the Transitional Military Council (TMC) responsible for what happened this morning,” the SPA said, referring to the military council which currently runs the country.

Pro-democracy leaders have called on people to take part in night marches and block the main roads as part of “total civil disobedience” to “paralyse public life” across the country. 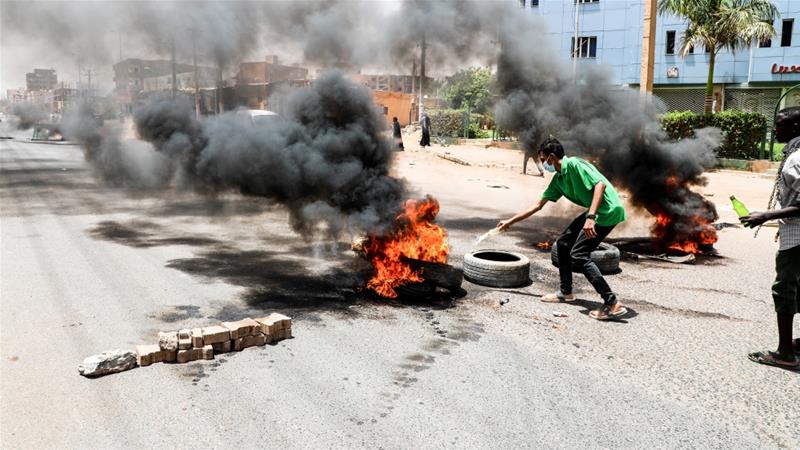 A doctors’ committee linked to the protesters said in a Facebook post on Monday that the death toll, which includes at least one child, had risen to at least 35, adding that it had been difficult to count in the sit-in area outside the military complex in Khartoum.

The group said hundreds of people had been wounded, mostly from gunfire, and that according to witnesses, bodies of protesters shot dead were disposed of in the Nile River near the site of the protest sit-in.

The United Nations condemned the use of excessive force by the security forces against protesters and called for an independent investigation into the killings.

UN Secretary-General Antonio Guterres said in a statement that he was “alarmed” by reports that security forces had opened fire inside a hospital in Khartoum.

“What is clear to us is that there was use of excessive force by the security forces on civilians. People have died. People have been injured,” said UN spokesman Stephane Dujarric.

Guterres urged Sudanese authorities to facilitate an independent investigation of the deaths and ensure that those responsible are held accountable. He also renewed his call for negotiations to resume on a peaceful transfer of power to a civilian-led authority. (Agencies)