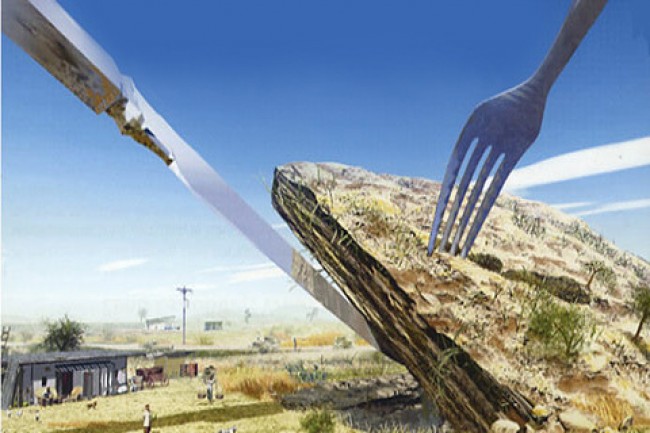 Srinagar: In a bold action which is hailed by people across the board, revenue authorities on Saturday retrieved almost ten kanals of land at Friends Enclave Humhama, known popularly as Bureaucratic Colony as most of the top officers of civil and police administration reside there.

The revenue officials headed by a Tehsildar rank official conducted the anti-encroachment drive at two places in Humhama including Friends Enclave.

Sources said that the illegally occupied land, retrieved by the officials, was held by top police officers of SSP and IGP rank besides officials of SKICC and Handloom.

Also, the hurdles were created by some illegal “occupants”, one of them a retired official and one a senior officer at SKICC and other also a top officer.

“I have lodged an FIR against them with DO Humhama and non-bailable warrants should be issued against them,” concerned Tehsildar Nusrat Aziz while confirming the drive. She said that these three persons tried to interfere with due process of land and tried to manhandle the officials who were “doing their official duty.”

“Law is the same for every individual and nobody should be allowed to occupy state land illegally and today’s action was part of it,” the Tehsildar said.

She said that ten kanals of land were retrieved in the anti-encroachment drive and illegal structures in the shape of tin boundaries were removed.

The officials who had allegedly occupied the land in excess of allotted to them include former SSP and PDP leader Bari Andrabi and Joint director SKICC Ishfaq Ahmad.

Additional Deputy Commissioner (ADC) Budgam, Mushtaq Ahmad Simnani said a joint team of Revenue, Municipality and Police departments headed by Tehsildar Budgam Nusrat Aziz was directed to launch the drive to remove all encroachments on Kahcharai land which can be used for community purposes in the area.

ADC said as per action taken report submitted by Tehsildar Budgam, when her team went to the spot to remove encroachments and retrieved the grabbed land, one person attempted to sabotage the drive by misbehaving and trying to manhandle the team members in order to create obstacles.

However, despite stiff resistance from the person, illegal construction including concrete walls and tin sheet fencing, constructed on the said land was removed by the team and land of 9 kanals and 7 marlas under survey No. 1076/2. The said person who attempted to sabotage the drive was booked under FIR No 159/2019 for creating obstacles during the drive.

Meanwhile, the ADC also clarified that a news portal had misquoted Tehsildar Budgam and has wrongly mentioned an officer’s name in a news item which is a figment of the agency’s imagination.

He said that the drive will continue in all Tehsils of the district and all encroachments on state as well as Kahcharai land will be removed. He also said strict action will be taken against the encroachers for indulging in unlawful activities.

One Response to "10 kanals of land occupied by top police, civil officers retrieved in Humhama"