Sopore: Sopore town of northern Kashmir’s Baramulla district is observing a complete shutdown today on Friday to mourn the killing of two Lashkar-e-Toiba militants in a gunfight with government forces on Thursday.

Witnesses said that all the shops and business establishments are shut while traffic is also off the roads. 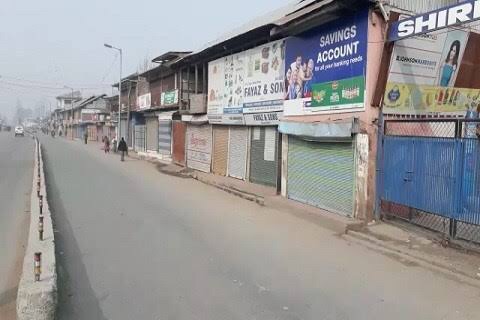 They said that people from Sopore and its neighboring areas are visiting the residences of the slain militants to offer condolences to their families.

Two Lashkar-e-Toiba (LeT) militants identified as Naseer Ahmad Mir son of Mohammad Yousuf Mir Resident, a resident of Brath and Asif Ahmad War son of Ghulam Nabi War, a resident of Aftab Mohalla Warpora were killed in a gunfight with government forces in Dangerpora village of Sopore on Thursday.