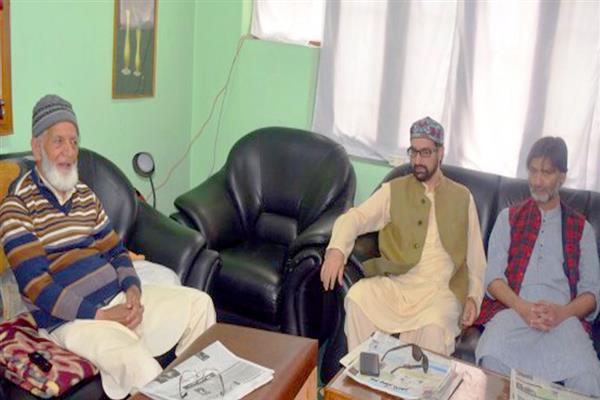 The JRL stated that the “illegal detention” of JKLF chairman is being deliberately prolonged under political vendetta and is against the basic principles of democracy and humanity as well.

JRL termed the prolonged detention of these leaders as political vendetta to break the resolve of resistance leadership.

JRL urged the world organizations like Asia Watch, ICRC, Amnesty International, and others to take serious steps in building pressure on Government of India  to ensure the release of all these prisoners who have no crime other than their political belief lodged in Kathua, Udhampur, Kotbalwal and Tihar jail Delhi, and are deprived of all the basic rights.