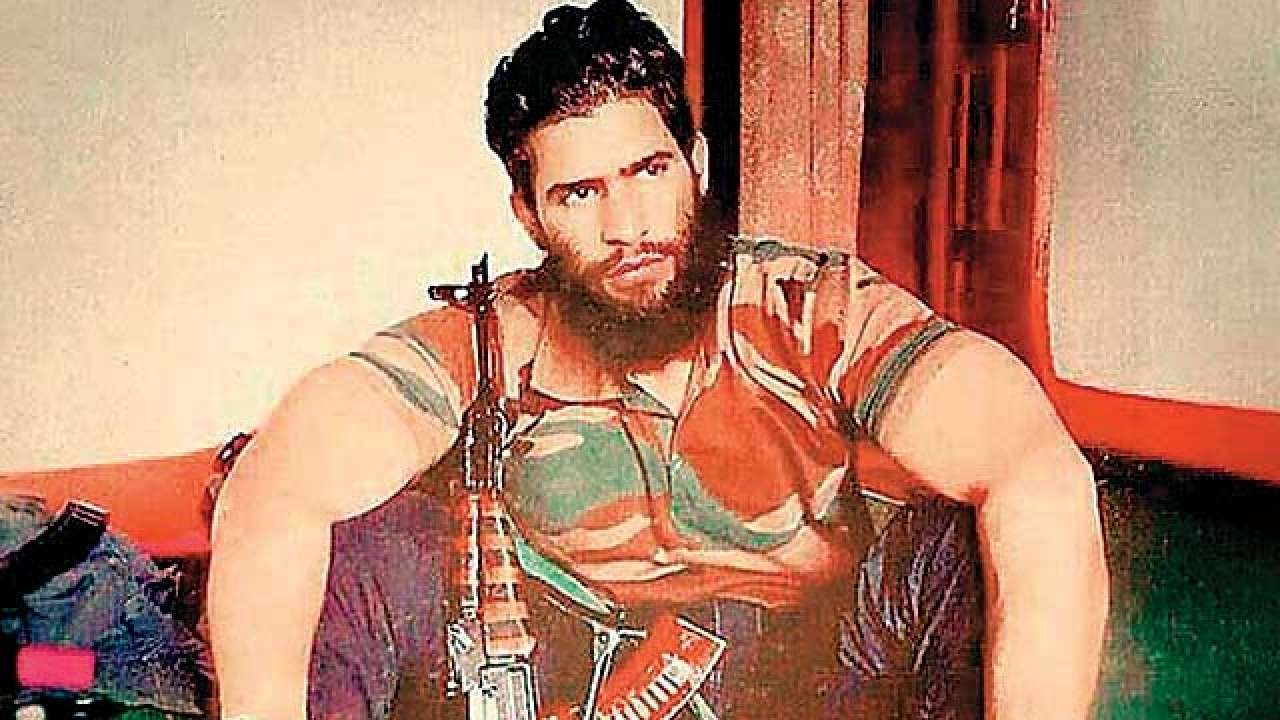 Srinagar: Born in an affluent family of Noorpora village in volatile Tral region of south Kashmir’s Pulwama district, Zakir Rashid Bhat alias Zakir Musa, succeeded Burhan Muzzafar Wani as the divisional commander of Hizbul Mujahideen in Kashmir soon after he was killed in an encounter on July 8, 2016.

Zakir, who was in his mid-twenties, joined militant ranks after quitting engineering studies at a Chandigarh college in 2013. He joined the Burhan Wani’s core group of militants based in Tral. Zakir grew very close to his predecessor and hit headlines first time in 2015 after his picture along with another militant Lateef Tiger went viral on social media. The picture, in which Zakir and Lateef were in casuals, was clicked somewhere in Srinagar, sending the security establishment into the tizzy that time.

Days after Burhan Wani’s killing, Musa issued a maiden video statement, calling on people to continue the agitation and described Kashmir’s movement as the movement for Islam. In several other videos, he was seen giving arms training to the new recruits inside a residential house at an undisclosed location.

However, Zakir Musa shot to prominence in May 2017 after he termed the Kashmir movement as a struggle for the establishment of Islam and not for nationalism or secularism. He threatened to behead Hurriyat leaders and hang their heads in Lal Chowk “if they come out in his way of establishing Shariah”.

The threat did not go well with Hizbul Mujahideen leadership based in Pakistan who termed his remakes as well as Musa’s call for Islamic struggle as his personal views. Musa was quick to hit back and announced his exit from the Hizb.

Days later, he formed his own outfit Ansar Ghazwat-ul-Hind, which is believed to be linked to Al Qaida in the Indian subcontinent, and reiterated his pan-Islamist stand. Musa entered into a bitter war of words with the militant leadership based in Pakistan over his Islamist stand.

Around a dozen members of Hizb and LeT defected to Musa’s group and announced their support to his cause. Notable among them was Abu Dujana, the successor of top Lashkar commander Abu Qasim, who was killed in 2015 and Abu Hamas, a commander of Hizbul Mujahideen. Both the commanders were residents of Pakistan and their support to Musa gave his organization a big boost.

The first major blow to Ansar Ghazwat-ul-Hind came when Abu Dujana and his aide Arif Lelhari died in a gunfight at Hakripora in Kakapora area of Pulwama district. After several weeks, four of his aides were killed in a brief encounter in Tral. Till this date, more than a dozen members of Ansar Ghazwat-ul-Hind have died including it’s deputy chief Rehan Khan. Before the formation of the group, four aides of Zakir were killed in an encounter in Kakapora.

After quitting Hizb, Zakir remained elusive but his group released many of his audio messages wherein he targeted both India and Pakistan. He was critical of Pakistani establishment as well as leaders of UJC over their handling of armed struggle in Kashmir. Zakir did not regard Pakistan as an Islamic State and condemned it’s rulers and army as apostates for allying with U.S against Al Qaeda and Taliban.

Musa also featured in top 12 “most wanted” militant list of the army and managed to dodge forces on several occasions in 6 years. His group couldn’t carry out any major attack in Kashmir.

With the killing of Zakir, who is the top-most militant commander to die since 2017, the cadre strength of Ansar Ghazwat-ul-Hind has now reduced to three, according to top security sources. (GNS)