YS Jagan Mohan Reddy is heading for a landslide victory in the Andhra Pradesh assembly elections and a spectacular performance in the Lok Sabha elections. Of the 175 assembly seats in the state, he is ahead in 142, compared to the 27 of the ruling Telugu Desam Party, NDTV reported.

The majority mark in the assembly stands at 88. He is also leading in 24 of the state’s 25 seats. The Telugu Desam Party of Chandrababu Naidu is leading in only seven.

For Chief Minister Chandrababu Naidu — who walked out of the NDA last year and became an interlocuter of the opposition — the outlook could be grim. The leads indicate that the opposition’s performance nationally has also fallen far short of expectation.

It was Jaganmohan Reddy’s push for the Special Status for Andhra Pradesh that’s said to be at the bottom of Chandrababu Naidu’s move to part company with the BJP and join the opposition camp. 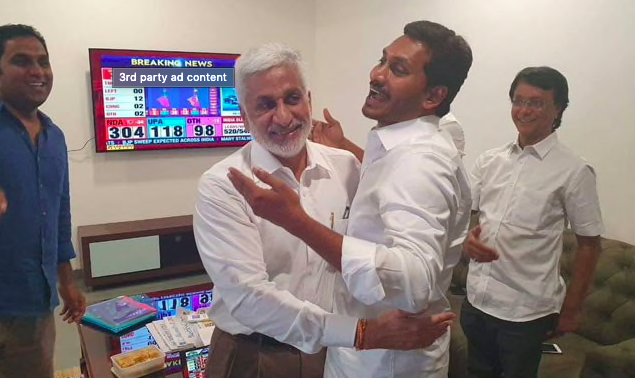 In view of Reddy’s record-breaking padyatras, there were questions why the Chief Minister, despite being closer to the Centre, could not get the Special Category status promised to Andhra Pradesh during the bifurcation of Telangana.

Exit polls have predicted that the BJP will retain power with a comfortable majority.

A party or an alliance needs 271 seats to form the government, as the elections were held on 542 of the 543 Lok Sabha seats.