Report on torture in J&K: Case Studies find 70% of torture victims are civilians, 11% die as a result of torture

Due to legal, political and moral impunity extended to the armed forces, not a single prosecution has taken place in any case of human rights violations in Jammu and Kashmir. 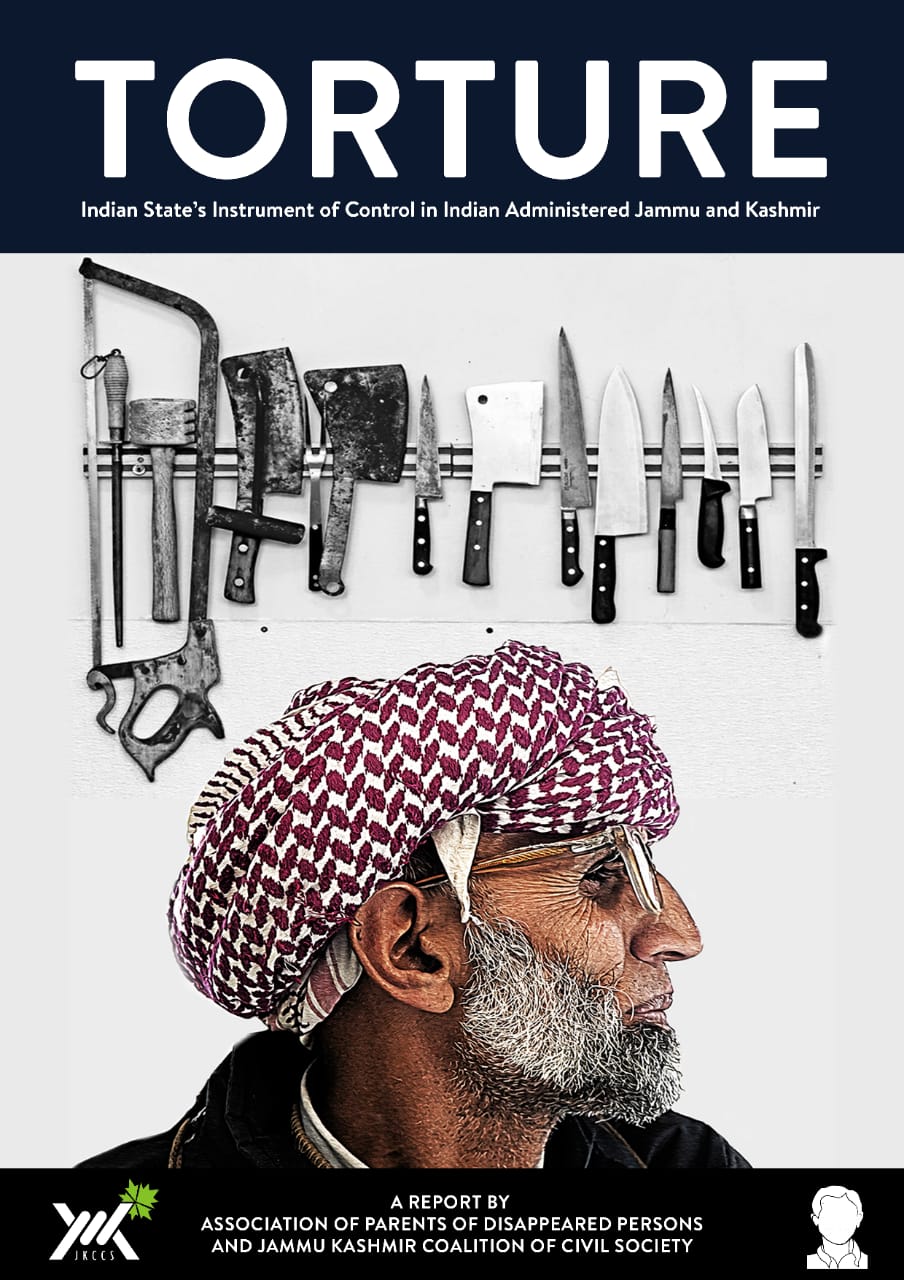 Despite global attention and condemnation of torture following exposés of indiscriminate torture practised in Guantanamo Bay and Abu Ghraib prisons, torture remains hidden in Jammu and Kashmir, where tens of thousands of civilians have been subjected to it. Torture is used as a matter of policy by the Indian State in Jammu and Kashmir in a systematic and institutional manner, as all the institutions of the State be it a legislature, executive, judiciary and armed forces form a part.

The widespread use of torture continues unabatedly in Jammu and Kashmir. As recently as 19 March 2019, a 29-year-old school principal, Rizwan Pandith was killed due to torture after being illegally detained in the Cargo camp of the Special Operations Group of Jammu and Kashmir Police. Three days later, the Police filed a case against deceased Rizwan, alleging that he was trying to escape from the Police custody while no case was filed against Police officials under whose custody he was killed.

This report gives a brief understanding of the historical background in the use of torture in Jammu and Kashmir since 1947 to curb any dissenting voices, a practice which attained an unprecedented magnitude post-1990. The report categorizes the eras after 1990 during which torture and other human rights violations, while still being carried out by the Indian armed forces and Jammu & Kashmir Police, were also outsourced to different formations like Ikhwan and Village Defence Committees (VDCs).

This report establishes that the vast number of methods of torture and other cruel, inhuman and degrading treatment or punishment as set out in the UN OHCHR Istanbul Protocol, have been and continue to be perpetrated in Jammu and Kashmir. The forms of torture that have been documented in this report include stripping the detainees naked (190 out of 432 cases studied for this report), beating with sticks, iron rods or leather belts (326 cases), roller treatment (169 cases), water-boarding (24 cases), dunking detainees’ head in water (101 cases), electrocution including in genitals (231 cases), hanging from the ceiling, mostly upside down (121 cases), burning of the body with hot objects (35 cases), solitary confinement (11 cases), sleep deprivation (21 cases), sexual torture (238 cases) including rape and sodomy, among others.

The report points out that a predominant majority of the torture victims are civilians: 301 out of 432, which include women, students and juveniles, political activists, human rights activists and journalists. Entire populations have also been subjected to collective punishments like cordon and search operations (CASOs) during which torture and sexual violence has been common.

This report provides an insight into how torture has ruined the lives of survivors with a multitude of them suffering from chronic ailments resulting from torture. Apart from the physical ailments, people who have been tortured or even witnessed it, have suffered from psychological issues like post-traumatic stress disorder (PTSD). 49 of the 432 victims of torture died post-torture, 40 of them as a result of injuries received during torture. Since many deaths due to torture-related injuries are not immediate but may occur after years or even decades, accurate figures of such fatalities and morbidity are extremely hard to estimate.

Torture has been associated with other human rights violations like custodial deaths and enforced disappearances. And it is only when a case of torture is accompanied by such human rights violations that it gets reported in the media. As a result, torture has remained unnoticed and survivors continue to suffer in silence. Since policies like Operation All Out continue in Kashmir and the army is given a “free hand” as declared by the Prime Minister of India as recently as 15 February 2019, the armed forces are only emboldened to continue perpetrating torture. This report is an attempt by APDP and JKCCS to break the silence around such a penetrating violation.

The report recommends for an international investigation on torture in Kashmir, led by UN Office of the High Commissioner for Human Rights, besides urging India to ratify the UN Convention Against Torture and end the phenomenon of torture.