Srinagar: A notorious government gunman was arrested for killing seven people after 23 years in north Kashmir district of Bandipora on Tuesday.

IAS topper-turned politician Shah Faesal, who is heading Jammu and Kashmir People’s Movement (JKPM), said with the arrest of Wali Mir of Rashid Billa gang, a dreaded renegade (Ikhwani) wanted in murder of seven, people of Kashmir will get a sense of justice when all state and non-state actors who committed Human Rights (HR) violations are punished.

Police spokesman said acting on a tip-off about the presence of the accused Wali Mohammad Mir, resident of Saderkote Bala, Bandipora who was involved in a FIR Number 125/1996 U/S 302, 307, 325, 341 RPC 7/27 arms Act of Police Station Sumbal, a Police party led by Station House Officer (SHO) under the supervision of SDPO arrested the accused at village Barwala Kangan. 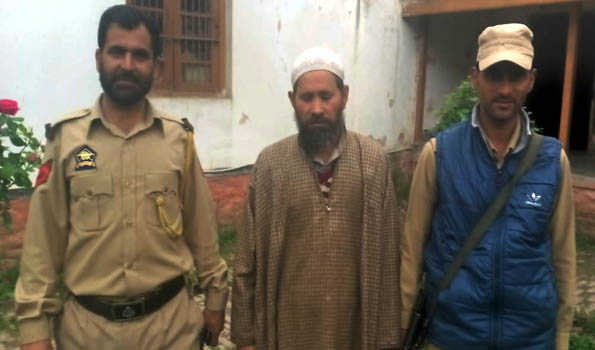 He said the accused is involved in the murder of seven people, including five men and two women and injuring other five persons of village Saderkoot Bala.

The spokesman said several warrants were issued by the District and Sessions Judge Bandipora, but the accused hid himself at some unknown location till now.

Soon after the arrest of the absconder, former IAS officer and President J&K People’s Movement (JKPM), Shah Faesal said Kashmir will get a sense of justice when all state and non-state actors who committed human rights violations are punished.

He further said, ‘Kashmir will get a sense of justice when all state and non-state actors who committed HR violations are punished.’