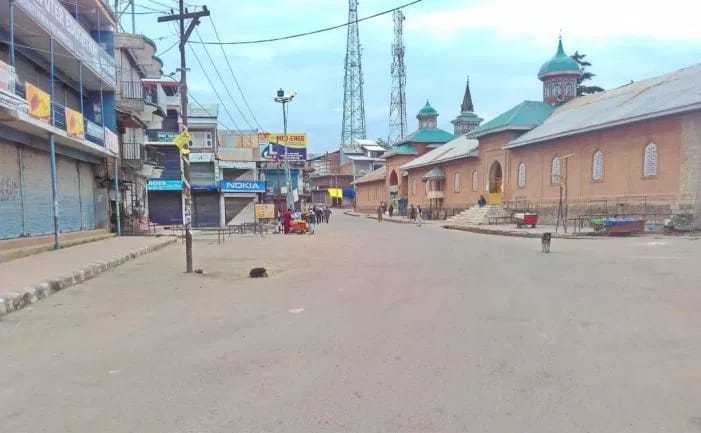 Reports said that a joint team of government forces acting upn inputs about presence of militants in the village, launched a massive search operation to trace the hiding militants.

As the forces laid a siege, the local youth pelted them with stones and brics prompting the forces to fire tear smoke shells to disperse the protesting youth.

They said that the authorities have also suspended the mobile Internet services in the district.