Srinagar: Kashmir valley is observing a complete shutdown on Tuesday on the call of Joint resistance Leadership in protest against alleged ill-treatment to Jammu and Kashmir Liberation Front (JKLF) chairman Mohammad Yaseen Malik and other separatist leaders, businessmen and others by National Investigation Agency (NIA) and Enforcement Directorate; suspension of Cross-LoC trade and ban on Kashmir highway.

Reports said that all the business establishments and other commercial activities shut across the valley while traffic is off the roads. 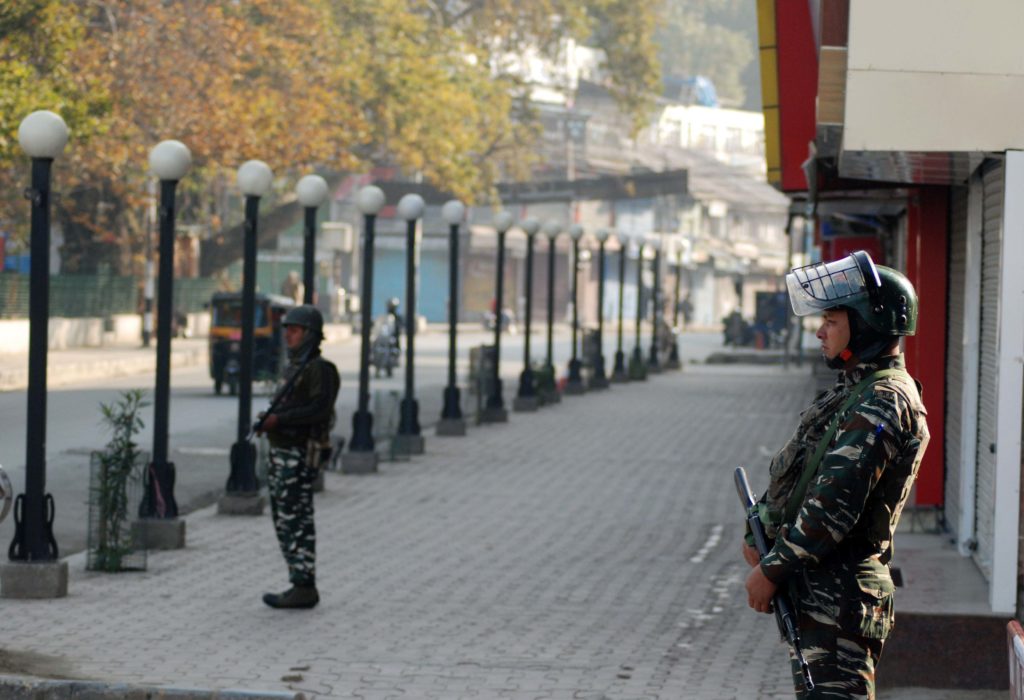 A file picture of Residency Road in Srinagar during a shutdown. Picture: Jahangir Shah

Pertinently, voting is underway in Anantnag district in south Kashmir amidst the shutdown.

Meanwhile, reports said that the train service was suspended on Tuesday for security reasons in the Kashmir valley, as the JRL had called for a general strike.

We have suspended all train runs in the Kashmir valley after an advisory was received from police, a railway official said.

He said no train will run on Srinagar-Badgam and Baramulla in north Kashmir. Similarly all train runs will remain suspended on Badgam-Srinagar-Anantnag-Qazigund in south Kashmir to Banihal in Jammu region, he said.