Cross-LoC traders protest in Srinagar against suspension of trade 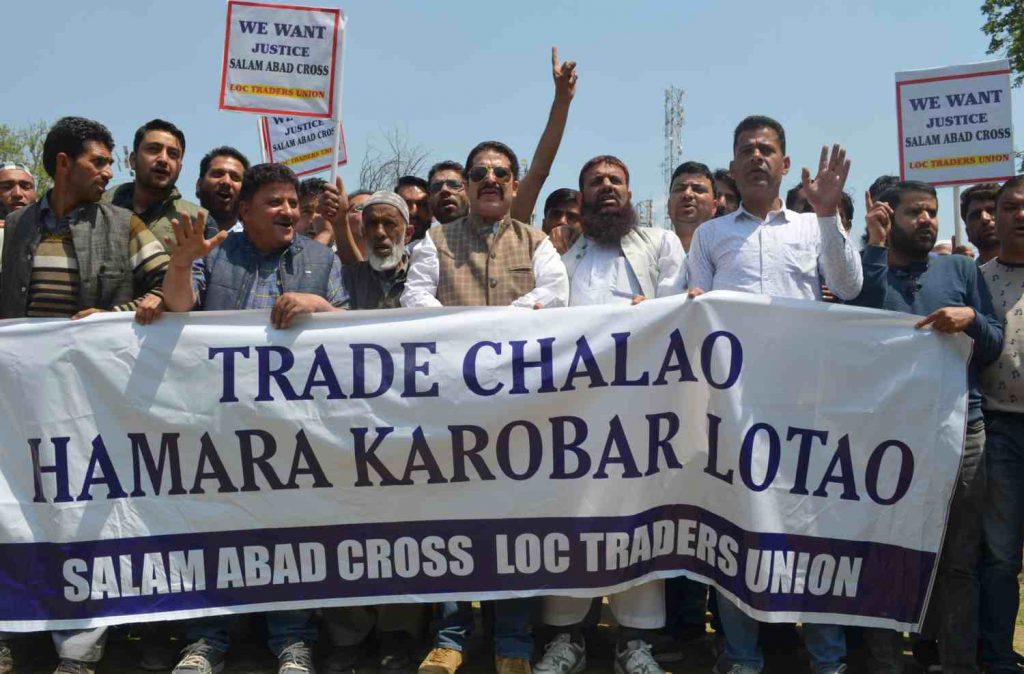 Srinagar: Traders affected by the suspension of cross-LoC trade by the Centre held a protest march here in the summer capital of Jammu and Kashmir Monday.

Scores of traders engaged in cross-LoC trade on the Uri-Muzaffarabad route took part in the march, demanding revocation of the suspension order, and sought a fool-proof mechanism for smooth operations.

“Our demand from the very first day of the trade has been that a fool-proof mechanism be put in place. We have made huge investments and are suffering losses of crores of rupees. We appeal to the Ministry of Home Affairs to review the suspension order,” Hilal Ahmad, Cross-LoC Traders Association chairman, told reporters.

Ahmad said the government should have held discussions with the traders before taking such a decision.

“Our livelihood depends on this trade. Thousands of people are associated with it. They earn their livelihood and feed their families. This ban has rendered them unemployed,” he said.

The Centre last week suspended cross-LoC trade in Jammu and Kashmir, saying the routes were being misused by Pakistan-based elements.

“The government of India has received reports that cross-LoC trade routes in Jammu and Kashmir are being misused by Pakistan based elements. This misuse involves illegal inflows of weapons, narcotics and currency,” an order issued by the Department of Jammu and Kashmir Affairs, Ministry of Home Affairs, said.