Lahore: Pakistan and India on Tuesday held a technical meeting to discuss the modalities for the corridor linking Gurudwara Darbar Sahib in Kartarpur to Dera Baba Nanak shrine in Gurdaspur district in Punjab.

The technical experts and foreign office officials from both sides participated in the talks held at Zero Point (Kartarpur), according to Geo News. They reportedly discussed installation of a border fence and road design.

An official of the Pakistan Rangers told news gathering agency PTI that the meeting of both sides took place at the Kartarpur Zero Point to the PTI but said any statement will be issued either by Pakistan’s Foreign Office or the Inter-Services Public Relations (ISPR), the media wing of the Pakistan military.

In a major initiative last November, both India and Pakistan agreed to set up the Kartarpur Corridor to link the historic Gurdwara Darbar Sahib — the final resting place of Sikh faith’s founder Guru Nanak Dev — to Dera Baba Nanak in Gurdaspur.

Kartarpur Sahib is located in Pakistan’s Narowal district across the river Ravi, about four kilometres from the Dera Baba Nanak shrine. 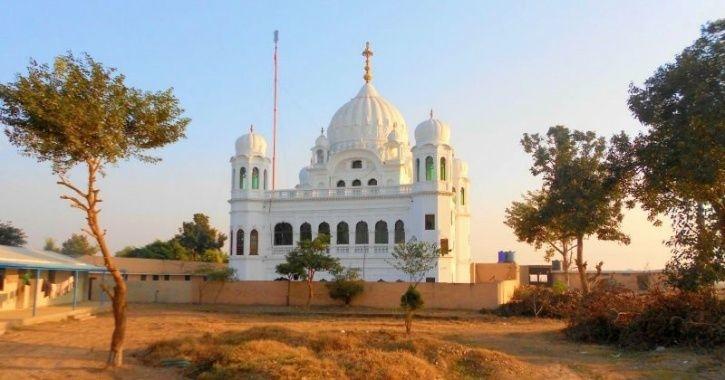 Earlier, India postponed the Kartarpur Corridor meeting between the two countries at the Wagah border scheduled for April 2.

India and Pakistan on March 19 held a meeting of technical experts on the Kartarpur corridor during which its alignment, coordinates, and other engineering aspects of the proposed crossing points were discussed.

The technical meeting at the level of experts, including engineers and surveyors, was held at “proposed zero points” in the follow up to the decision reached on the March 14 meeting.

India voiced concerns over the presence of several Khalistani separatists in the committee on the Kartarpur corridor and said it will wait for a response from Islamabad on the issue and will not go ahead with a previously agreed meeting on the corridor on April 2 in Wagah on the Pakistani side.

During the previous meeting, both sides jointly surveyed the coordinates of the Zero Point and discussed the technical details, including finished road level, high flood level etc.

Pakistan will build the corridor from the Indian border to the Gurdwara Darbar Sahib in Kartarpur while the other part from Dera Baba Nanak in Indian Punjab’s Gurdaspur district up to the border will be constructed by India.

In Pakistan, the groundbreaking ceremony of the corridor was performed on November 28 last year by Prime Minister Imran Khan.

The corridor will be opened in November this year in connection with the 550 birth anniversary of Baba Guru Nanak.