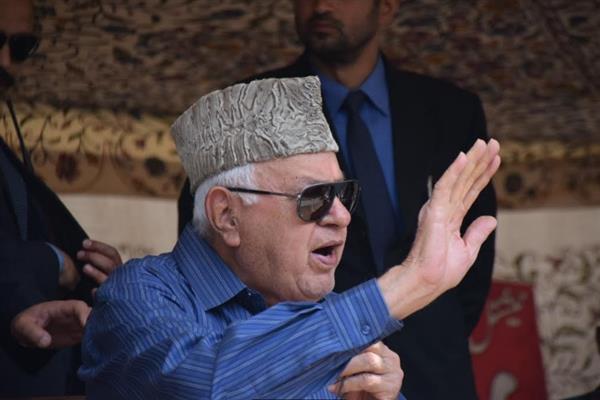 Srinagar: National Conference (NC) President Farooq Abdullah on Sunday said that Prime minsiter Narendra Modi and BJP President Amit Shah are the biggest enemies of people who believe in dividing the nation on basis of caste, creed and religion saying that people have made it a point not to fall prey to the divisive agenda of BJP.

Addressing a public meet in Mir Bahri Dal, party president said that BJP is trying to diverge the attention of people by propping up emotive issues.

“Their sole agenda is to change the demography of our state, however let me tell them that they are playing with fire. To meet this purpose they have employed various henchmen in our state, such cronies can be seen holding ink pot and apple in their hands. The sole aim of BJP and its cronies is to make non state subjects buy land and property in our state.”

He said that National Conference will not allow anybody to fiddle with states special status.

“We have been and will continue to protect the identity, integrity and pluralistic character of our state. We would not allow anyone to abridge our rights.”